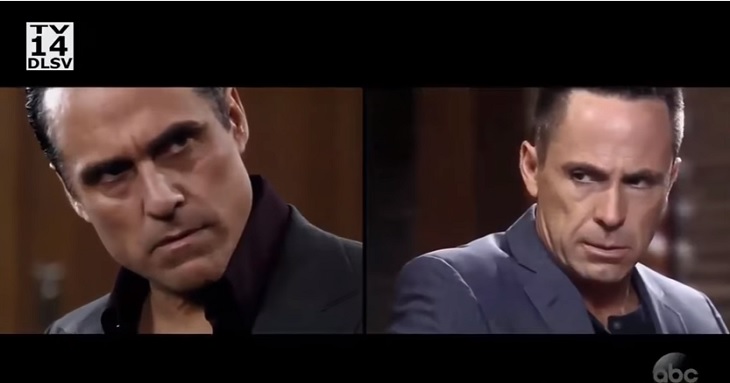 It’s time to brace yourself GH fans, this week is going to be explosive on General Hospital. You will definitely be left with mixed emotions after what’s to come.

According to the newest ABC General Hospital video promo “Two kingpins, gunning for vengeance but which one pulls the trigger first?” It looks like we have an all out mob war heading our way, but which will be the last man standing?

Recently on GH  fans witnessed Sonny Corinthos (Maurice Benard) calling off the hit that he had put on Julian Jerome (William DeVry), but by the looks of things he was to late and now one of his son’s is caught in the crossfire yet again.

In the video we see Ava Jerome (Maura West) telling her brother Julian “everybody in this town, they all want you dead.” Also, we see Sonny Corinthos telling Jason Morgan (Billy Miller) that Julian is coming after him. Now the biggest questions fans have is whether or not Jason will return as Sonny’s right hand man?

GH spoilers tease that events that take place will forever change the lives of Port Charles residents. Recently, Morgan Corinthos (Bryan Craig) stole Julian’s car after having what appears to be a manic episode, then when Jason talks him into pulling the car over it explodes after he steps out. So this has left fans speculating on whether Morgan is really dead or alive?

This is what happens when mob wars break out, innocent lives are always put in danger. This is all too familiar, not too long ago Kiki Jerome (Hayley Erin) got caught in the crossfire as well. So GH fans get ready for a week that you will not want to miss and is sure to have you on the edge of your seats. Don’t forget to check often with Soap Opera Spy for all of your latest General Hospital spoilers, news, updates, and more. 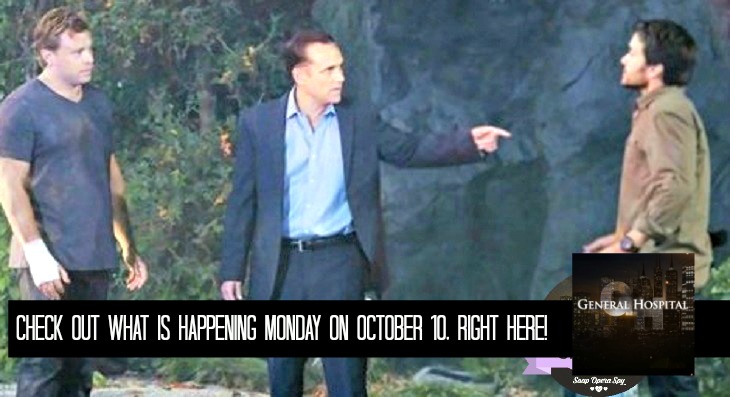