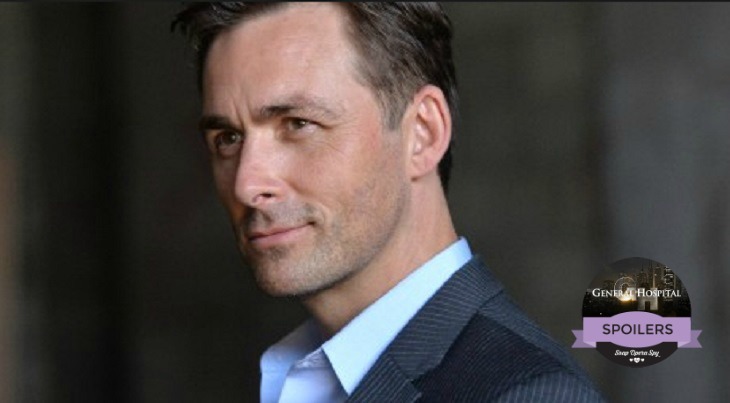 General Hospital has been focusing intently on those Cassadines of late. First, it was Nik (Nick Stabile) faking his own demise and hightailing it to Cassadine Island with Ava (Maura West) in tow. Then there was Carly (Laura Wright) looking for answers to the source of her daughter Josslyn’s (Eden McCoy) kidney, which points to having Helena’s (Constance Towers) fingerprints all over it. And now, there’s the mysterious Theo (James Patrick Stuart) who has been lurking around the Cassadine mansion, ostensibly a lost fisherman who has sought refuge there.

Except – pardon the pun – there is something definitely fishy about him. A bombshell could be lurking in the shadows: speculation has it that Theo’s real identity is Valentin Cassadine, the most dastardly of the clan. Add to that the fact that he may well be cop Nathan’s (Ryan Paevy) father, and this brings on a whole new set of complications.

Nathan has been the epitome of model citizenry and a good cop, minus the fact that he shot Griffin (Matt Cohen) in a fit of drunken fury years back after discovering him in bed with then-wife Claudette (Bree Williamson). General Hospital spoilers have strongly hinted that it will be revealed Valentin is indeed Nathan’s father, and it will become evident why Obrecht (Kathleen Gati) held this secret close for so many years from her son. Right now, Nathan thinks that the late Victor Cassadine (Thaao Penghlis) is his daddy.

Related: Bree Williamson Talks Claudette, Her Connection to Nathan, and the Complication of Griffin

Boy, if rumors turn out to be correct, he will be in for quite an unwelcome surprise. What will be the fallout, and how will the relationship between father and son turn out? And why was Obrecht, although not sweet as pie by a long shot, in the company of such a horrible person, let alone be so close to him as to bear his child?

Can General Hospital stand yet another Cassadine’s toxic presence, let alone one who tops the nasty list? Brace yourselves viewers!

‘The Bold And The Beautiful’ Spoilers: Eric And Quinn – Who is Taking Who For A Ride?