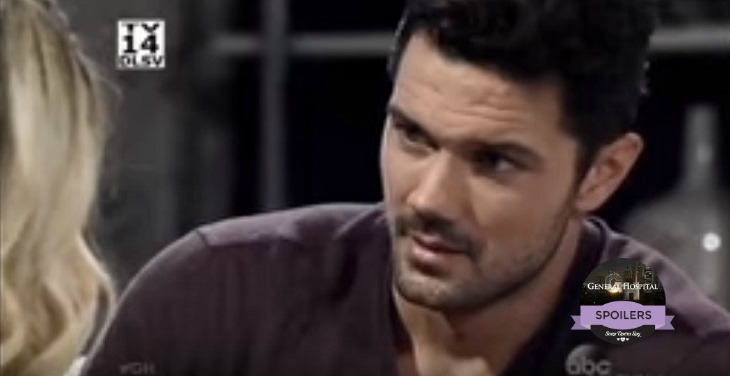 ‘General Hospital’ (GH) spoilers from a new ABC promo video show major action in Port Charles this week that you don’t want to miss. There are murder accusations, a murder confession, a hair pulling catfight, and the reveal of a serial killer on the loose.

Although evidence points to Jason Morgan [Billy Miller] being the one who tossed Nikolas Cassadine [Tyler Christopher] out the window at Wyndemere, Liz Webber [Rebecca Herbst] thinks it’s all about the diamonds and accuses Hayden Barnes [Rebecca Budig] of hurting Nik.

Hayden won’t take it well and there’s a lady brawl that looks outrageous. Also, by week’s end Hayden’s mom Naomi Dreyfus [Robin Riker] is coming to town and it looks like she has news for both Hayden and Liz. Any chance we’ll finally find out who Liz’s mom is? Is there a family connection there?

Liz promises Hayden that “one way or another, you’re going down.” Brad Cooper [Parry Shen] gets bad news about Lucas Jones [Ryan Carnes] and sits by his fiancé’s hospital bed crying. Will Lucas survive or is GH about to kill off a beloved character?

Julian Jerome [William deVry] gets a call from Brad and heads to the hospital to see Lucas but then attacks Dr Hamilton Finn [Michael Easton] when he mistakenly thinks Finn is the one who tried to kill his son. It’s not Finn, but there is a serial killer on the loose at GH! Who is it?

Nathan West [Ryan Paevey] is out of the hospital and on the mend and decides it’s time to confess all to Maxie Jones [Kirsten Storms] about his shady past with Claudette [Bree Williamson]. We’ll see a flashback to Nathan shooting at someone in a darkened room.

Maxie is stunned that he told her he killed someone. Is that someone Dr Griffin Munro [Matt Cohen]? Shooting in the dark would explain why Nathan doesn’t know it’s the doc he shot – and doesn’t know the guy survived. What will Maxie think about this?

Lots to see this week on GH – watch the show then tune in to Soap Opera Spy every day for more ‘General Hospital’ spoilers and news.