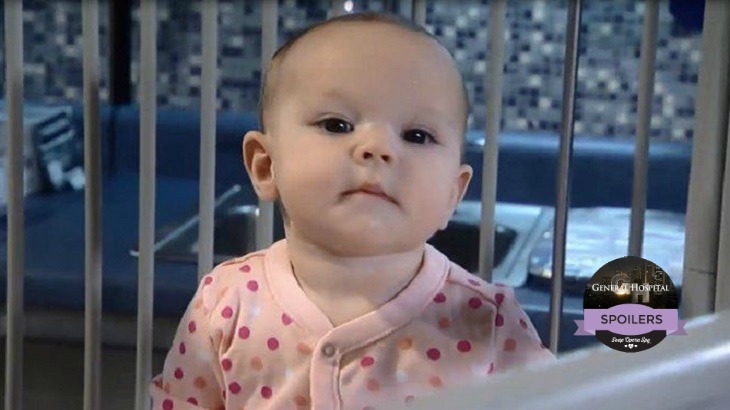 ‘General Hospital’ (GH) spoilers reveal that the battle for baby Avery is not done yet but the custody rivalry between Ava Jerome [Maura West] and Sonny Corinthos [Maurice Benard] will come to a final conclusion soon – and it won’t go the way we expect.

Ava wants to take both Avery and Kiki Jerome [Hayley Erin] and leave town, but when Carly Corinthos [Laura Wright] learns of the plan, she won’t stand for it. Even though Ava has custody of Avery according to the courts, Avery is in residence at Casa Corinthos.

Because of the threats Ava was getting from the Jerome mob (or so she thought, since it was really Sonny) and Kiki’s recovery from being shot, she let Sonny play temporary custodian. But now that all the drama is behind her, Ava wants her daughter back.

However, Carly has decided that she’s the one who should be Avery’s everyday mom and wants Ava out of the picture. That’s not a nice way to treat the biological mom, but we know that Carly has no issues cutting bio-parents out of baby’s lives.

Carly took Michael Quartermaine [Chad Duell] away from bio-dad AJ and handed him to Sonny to stand in as his father. Now Carly and Sonny are trying to do the same thing with Avery and want to forget that Ava is the mom.
Carly tries to find a way to block Ava from coming to pick up Avery from Sonny’s house. It looks like in this round of the custody battle, Carly takes the lead and goes head to head with Ava and does Sonny’s dirty work for him.

GH spoilers reveal a major confrontation between Ava and Carly at the Nurse’s Ball and it’s all over baby Avery. But is there any chance that all of the recent mob violence and tragedy surrounding these families can force a reality check?

Will Ava and Sonny realize that the animosity is too dangerous? Will they finally put the Jerome-Corinthos feud to bed and peacefully co-parent? Or will the outcome forever give Avery solely to one parent and permanently block the other?

GH writers promise the outcome will be “surprising” and we have to agree it will be nice to put this ongoing storyline to bed and move on. There are still some lingering GH spoilers that Morgan Corinthos [Bryan Craig] may yet turn out to be the baby daddy – that would certainly be surprising…

What do you think GH fans? Do you want to see Avery with Carly and Sonny? With Ava? Or do you think Ava and Sonny need to bury the hatchet once and for all and parent together? Share your comments below and come back to Soap Opera Spy every day for more ‘General Hospital’ spoilers and news.

‘The Young And The Restless’ Spoilers: Adam Newman Arrested For Murder – Did Victor Set Son Up?