‘General Hospital’ RUMOR: Is Brytni Sarpy Out At GH? 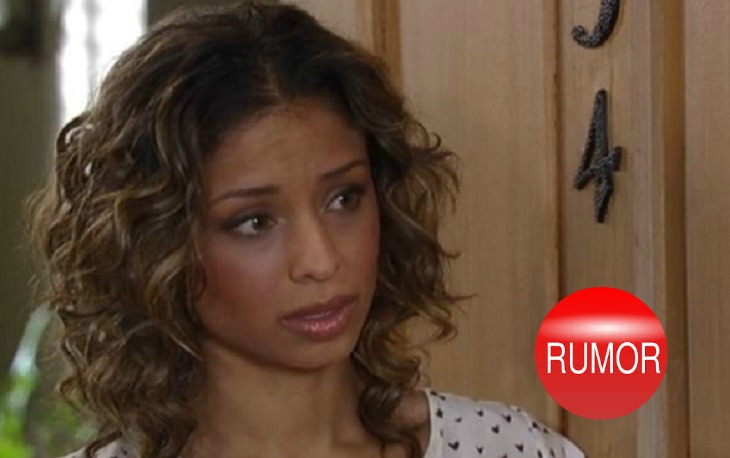 If the rumor mill is to be believed, a certain “General Hospital,” star is about to find herself in the unemployment line! Could a member of the Port Charles Police Department be in line for a permeant demotion?

Based on a blind item from Soap Nation that has appeared on other outlets, GH fans are speculating that Valerie Spencer’s (Brytni Sarpy) days in Port Charles are numbered.

Related: Is Bryan Craig Returning to GH As Morgan Corinthos?

The item implies that the soon-to-be-cut character is not played by a veteran actor, and is one that the viewers never quite got on board with. Hmmm, doesn’t that sound a lot like the PCPD’s newest recruit, Officer Spencer?

In her defense, Sarpy stepped into a role and storyline that was sure to enrage loyal GH viewers. She came on as a member of the venerable Spencer family, which includes the legendary Luke (Tony Geary) and fan favorite Bobbi (Jaclyn Zeman).

But what she did next was inexcusable! First Valerie tried to kill her Uncle Luke, then she slept with her cousin Lulu’s husband. Way to get in tight with your family, Valerie!

TPTB tried to salvage the unsympathetic character by having her make amends with her estranged family, then by making her a cop.

But it probably was a case of too little, too late. The damage had been done to this ill-conceived character and she hasn’t established significant relationships.

Valerie was chem-tested with several eligible GH men, but none of the pairings have stuck their landing.

Her crush with Curtis Ashford (Donnell Turner) recently ended in acrimony when the maverick P.I. stole her police evidence. She’s shared scenes with Dillon Quartermaine (Robert Watkins), but that combination looks like a dead end.

And of course there’s no way the writers will risk viewer backlash by reteaming her with her cousin’s hubby, Dante Falconeri (Dominic Zamprogna). And that’s ironic, since this was the only man that Valerie showed some serious sizzle with!

No one at ABC has commented on this rumor, and neither has Sarpy. What do you think, are Valerie’s days at GH numbered?

‘The Bold and The Beautiful’ POLL: Which B&B Character Would Like To See Come Home For The Holidays? VOTE!