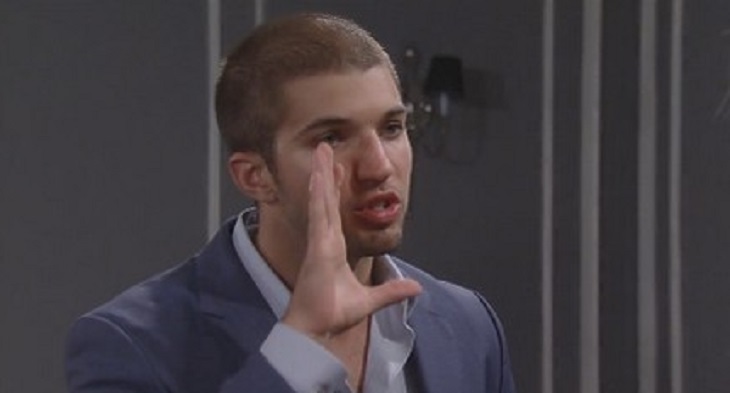 It was not so long ago when General Hospital’s Bryan Craig made the announcement that he was leaving the show. Then we all witnessed what appeared to be his character Morgan Corinthos getting blown away by a car bomb.

Recently a cryptic tweet made by Bryan Craig has fans speculating his return. Bryan Craig tweeted “People need to calm haha. I’ll come through again and pick up right where I left off.” So could it be that he will be making a return? Anything is possible.

As we all know they held a funeral for Morgan Corinthos but of course there was no body. The GCPD was never able to recover a body and when there’s no body that is definitely a reason to think a character would be returning and not actually deceased.

On Halloween Morgan briefly returned as a ghost and was a figment of his father Sonny Corinthos’s (Maurice Benard) imagination, but hopefully this does mean he won’t returning as ghost again and we will have the real deal back. Would you like to see Bryan Craig make a return to GH?

How do you GH viewers feel since Morgan’s supposed death? Do you feel like his character is needed back on the show? He is definitely missed. It would be great if Ava Jerome (Maura West) would hurry up and get busted for tampering with Morgan’s medication. If he comes back as a ghost again maybe he could haunt her until she confesses. Would you like to see that happen?

Related: Which GH Character Would You Like to See Home for the Holidays? VOTE!

The Corinthos family would be over the moon if Morgan showed back up in Port Charles. It would definitely help mend some relationships. If he does make a return maybe they could play it that he disappeared after the bomb explosion and seeked treatment. He could come back a stronger person ready to take on the world.

Stay tuned to ABC’s General Hospital to see what the future holds. Don’t forget to check often with Soap Opera Spy for all your latest General Hospital spoilers, news, updates, and much more.