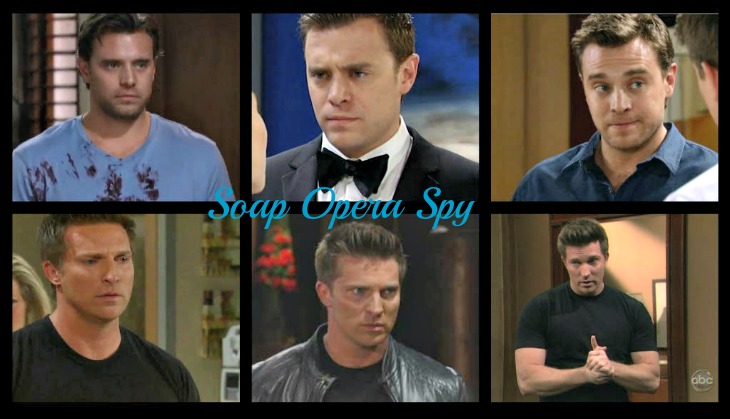 “General Hospital” viewers were devastated when Steve Burton left “GH” and Jason Morgan behind for “The Young and the Restless” Dylan McAvoy. There was much discussion over whether TPTB would recast the role or write Jason out forever.

The announcement that Billy Miller, former Billy Abbott on “Y&R,” had been cast as Jason was met with quite a bit of hostility. Diehard “General Hospital” fans said there was no way Miller could measure up to Burton. Many viewers threatened to stop watching the daytime drama.

“The Young and the Restless” fans were not thrilled with the news. Just as “GH” viewers were rocked by the news that Steve was leaving “General Hospital,” viewers of “Y&R” were furious that Billy was departing the number one daytime drama. Fans threatened to stop watching and said no one would ever fill Billy’s shoes.

Fast forward nearly two years since Miller came on board at “GH” – initially as Jake Doe. Now that the huge Jake reveal is over and Billy Miller has been able to truly take over the role of Jason Morgan, do you think he’s doing a great job? Has he measured up to Steve Burton’s portrayal of Jason?

Steve was Jason off-and-on for 20 years and was one of the post popular actors ever on the soap opera. As Jason he had great chemistry with both Liz [Rebecca Herbst] and Sam [Kelly Monaco] when it came to romance. Whenever Jason and Sonny [Maurice Bernard] teamed up it was pure power. Steve could play the “Good Jason” and the “Bad Jason” to perfection. And let’s not forget the fantastic friendship Jason had with Carly [Laura Wright].

In came Billy – and the recast was met with huge resistance by fans. Slowly but surely viewers came around and now truly appreciate Billy Miller as Jason Morgan. But is Billy a better Jason than Steve? Jason certainly has chemistry with Sam, and had chemistry with Liz before he found out their entire relationship was a lie. It wasn’t really fair to judge Miller’s portrayal of Jason Morgan entirely until the big reveal happened. But you have to admit, Billy already had the “Good Jason” and “Bad Jason” down before Jake became Jason. He jumped in with both feet as Carly’s bestie, and when Sonny finally met Jason he was shaken to the core.

Never say never, but Steve Burton probably isn’t going to return to “GH,” and it doesn’t appear as if Billy Miller will vacate the role of Jason anytime soon. Which is it “General Hospital” fans? Are you Team Steve or Team Billy when it comes to Jason Morgan?

‘General Hospital’ Speculation: Will Wally Kurth Return As Ned Ashton Since Actor Is No Longer On Contract At ‘DOOL?’