‘General Hospital’ POLL: Which Couple Had The Most Tragic Love Story? VOTE! 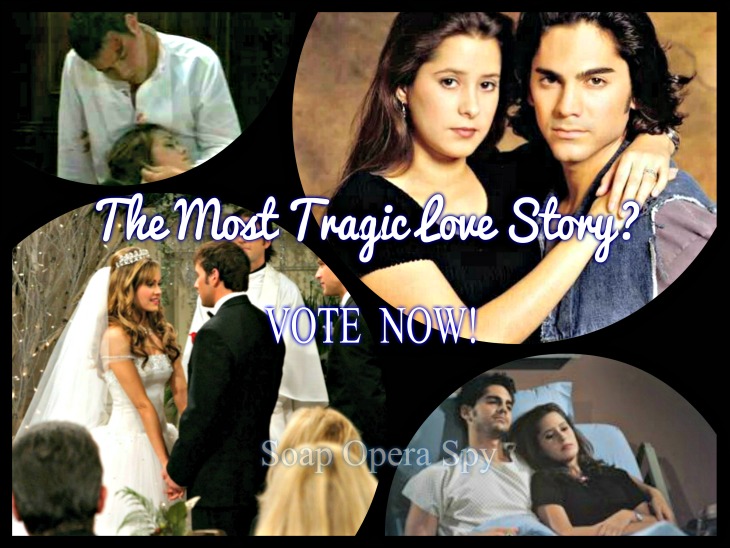 ‘General Hospital’ (GH) fans come back year after year for many different reasons, but the fact remains that after so many years of following the same characters, their storylines and watching them grow up, it is easy to grow attached. It’s almost as though these characters become part of the family. This attachment makes heartbreaking storylines even more impactful. Over the years, there has been no shortage of heart-wrenching twists and turns in Port Charles. Two love stories, however, stand out as being more tragic than most; The love between Michael “Stone” Cates (Michael Sutton) and Robin Scorpio (Kimberly McCullough) as well as the romance between Nikolas Cassadine (Tyler Christopher ) and Emily Quartermaine (Natalia Livingston).

Both stories had their ups and downs and ultimately ended in tragedy… which was the most tragic?

With the recent Nurses Ball attention, there have been many reminders of this tragic young love. Robin was a straight laced girl from Port Charles when street kid Stone found himself being raised by his brother. After the two had met, it wasn’t long before they became each other’s first love. Fans watched as their sweet Robin grew into a young woman. Fan’s attachment to the character made it, even more, heart wrenching when the news came out that Stone had AIDS, and the virus was transmitted to Robin. To top off an already horribly sad storyline, HIV/AIDS was a heated, dramatic debate at the time and very scary topic for the world in general. The dramatic scene involving Stone’s death tops this storyline as one of the most tragic for sure!

This storyline may not be relived year after year like Stone’s death is at the Nurses Ball, but it is no less gut-wrenching. Nikolas and Emily’s love story did not begin as a love story. In fact, it started as a pretend relationship to prevent Emily’s current boyfriend from finding out she was dying of breast cancer. During the cover-up and Emily’s treatment, the Nikolas and Emily fall in love despite the fact they both had other people in their lives. The development of their love was based on a true, unselfish, mature friendship, qualities always in Emily, but not always in Nikolas. The deep bond the two shared was at its deepest when Emily was on her death bed while Nikolas slept in the room beside her. The two share the same dream of a kiss which wills Emily to live. The foundation and history of this relationship are what makes the fact that Emily dies at their engagement party very significant. The goodness and then the ultimate death of Emily continues to affect Nikolas to this day reminding everyone of this horrible loss.

VOTE NOW! Was the death of Stone and first love more tragic or was losing the sound basis between Nikolas and Emily more heart wrenching? Comment below and let us know! Also, come back to Soap Opera Spy every day for more ‘General Hospital’ spoilers plus interviews, news and more.

‘The Walking Dead’ Season 7 Spoilers: TWD Filmed 11 Different Scenes For Premiere To Throw Off Fans – Who Will Be Killed By Negan?

‘The Young And The Restless’ News: Kelly Sullivan Joins Cast Of New TV Show ‘Too Close To Home’