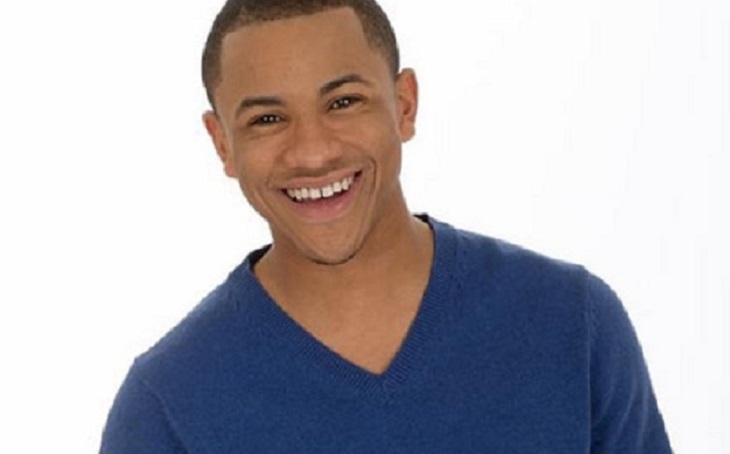 Tequan Richmond who plays TJ Ashford on ‘General Hospital’ is back for another stint. It was a bit shocking when the actor was dropped to recurring but that didn’t stop him from keeping busy. He has been hard at work on upcoming movies but is slated for a stint when his character returns on October 7th.

Related: Paul Gets Violent With Tracy – Anna Questions Dillon About His Father – Julian’s Days Are Numbered

The last time we saw TJ was in June when things took an interesting turn as his character learned the truth of his paternity. His mother Jordan [Vinessa Antoine] and his uncle Curtis [Donnell Turner] has been keeping the secret that his father is really Shawn Butler [Ex- Sean Blakemore] but TJ learned the truth when he overheard their revealing conversation. That was last the time we saw TJ and interestingly he is back and it’s going to be some real drama!

Soaps in Depth revealed that a show rep spoke out and previewed “we will see him for a few episodes”. Richmond returns on screen next Friday. The details surrounding his storyline is pretty mum at the moment but given the state the character was last seen in we have to wonder how he and his mom will get along.

Also, we wonder how he and Uncle Curtis will get along; will he be on good terms with him? Then there is the relationship with him and Molly [Haley Pullos]. It’s been a while since we have seen the two together; will fans finally be treated to some romantic scenes between the two?

Be sure to tune in Next week fans to catch all the happenings and all the drama that goes down when TJ returns to ‘General Hospital’. So fans are you happy he is back? Do you want him back full time?

‘The Bold and the Beautiful’ Spoilers: Eric’s Health Crisis! Quinn Declares War Against The Forrester Family!

‘All My Children’ News: ‘AMC’ Alum Larkin Malloy Dead At 62