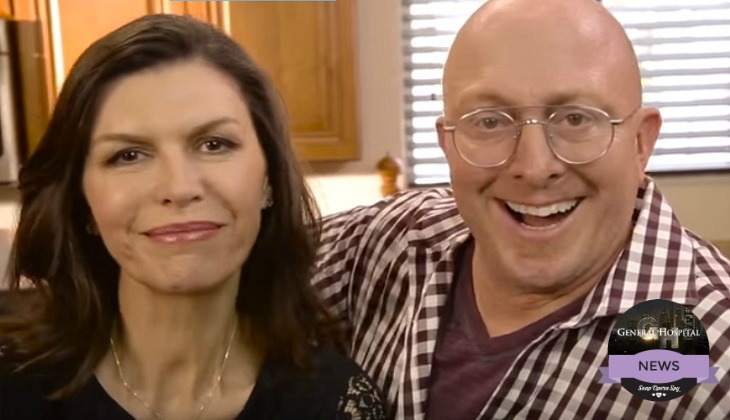 ‘General Hospital’s’ Finola Hughes (Anna) is celebrating her recent nomination for this year’s Daytime Emmys, but she also found time to ‘Dish It Out’ on April 12th. The cooking show’s official webpage, titled Dish It Out: With Tony Spatafora, shared a picture of Tony and Hughes with a meal and drinks set before them while it’s captioned “Ready to eat! Whatever Finola Hughes Wants!#filetmigNOTS #cauliflowerrice Melissa’s Produce Sanford Winery.”

As teased by a trailer video posted on YouTube, Hughes and Spatafora will be having a fun time in the kitchen together. The video shows the ‘General Hospital’ actress and her co-host inviting everyone to watch the upcoming episode. Aside from the host and Hughes, the dish dude Keith Angell will also be a part of this fine episode. Hughes will join the list of a few daytime stars that already have made an appearance on the show, including her GH co-stars Sonya Eddy (Epiphany) and Carolyn Hennesy (Diane Miller).

For those who are not aware, Dish It Out is an online cooking show that shares several recipes and great ideas while dishing some big laughs as well. In each episode new recipes are disclosed and meal preparations with fine styles and tasty results are shown. All viewers are invited to “come hungry and taste a better life.” The show aims to help several cooks at home learn to cook like the professionals and is scripted by Spatafora himself.

So GH fans will you be tuning into this episode to see Hughes’ appearance? Do you think you will be laughing as so many viewers often do? Share your thoughts in the comments below!