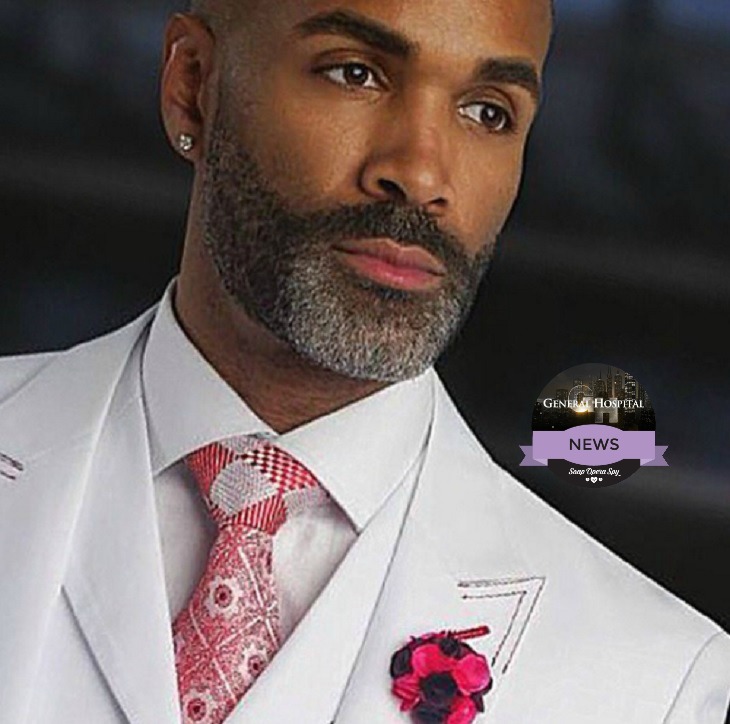 Donnell Turner began playing the role of Curtis Gooden on ‘General Hospital’ in 2015. There’s just so much more that we need to learn about his character. We only know of his connection to Shawn (Sean Blakemore), Jordan (Vinessa Antoine) and TJ (Tequan Richmond). TJ referred to him as his uncle so it definitely it appears he is brother of Thomas Ashford, TJ’s deceased father.

Curtis knows that his brother Thomas is not the biological father of TJ but rather Shawn is, this Jordan asks him to keep a secret. In these interesting scenes and storylines we are intrigued to find out more about his character and what he will do with this secret that he holds for Jordan and Shawn. Donnell however is also busy outside of his General Hospital role.

I recently spoke with Donnell in which he told me of his fashion and print life outside of Television which keeps him busy travelling back and forth to Seattle. He did let me know of a film he’s doing with a major production company but was not at liberty to disclose any more information as to what to company, film title, or production details. He also has a charity event and other public speaking events that he is excited about. Take a look below at a brief extract from our conversation:

“Hey man! Sure. Well besides TV, there’s the fashion and print work that’s got me back and forth to Seattle, a lot lately. Very thankful. I have some upcoming- worth while- charity events as well speaking appearances that have me very excited. I AM attached to a film, with a major prod company, however I don’t know how much I can speak on it and I’m doing another table read this Saturday for yet a different film. Schedule is packed and I Love it bro.”

So are you intrigued to see more and learn more about his character on GH? Are you anxious to find out what film he is working on?