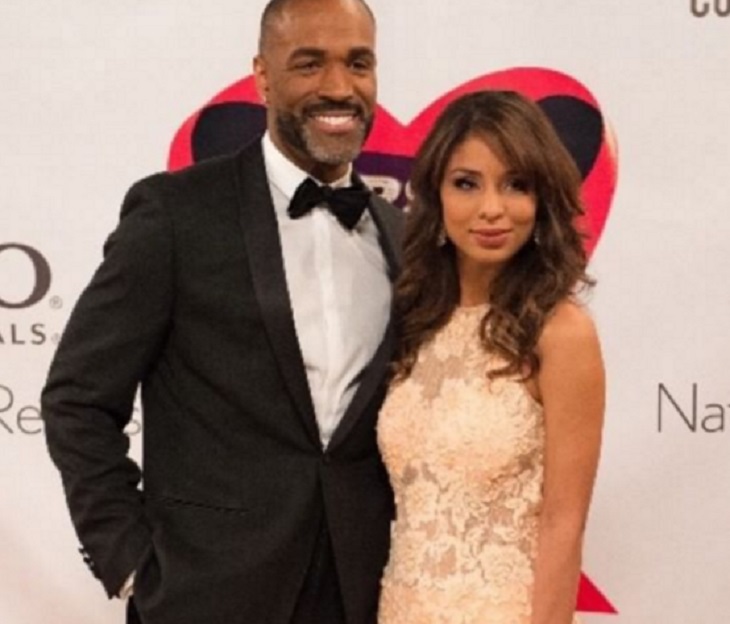 “General Hospital” fans, it looks like Brytni Sarpy (Valerie Spencer) and Donnell Turner (Curtis Ashford) are fooling around both on and off screen!

But wait, before you get the wrong idea it’s all in good fun, as Sarpy’s Instagram shows. In a hilarious moment, Sarpy catches Turner off guard in the GH makeup room when she appears to be taking a picture. Turner asks if the candid shot includes him, before realizing that he’s actually being recorded!

Turner takes it in stride, turning to face the mirror and giving a wicked laugh. “Me and work bae. #Cal@Donnellturner,” she captioned.

Even if the two actors are just friends, their chemistry is palpable. “He’s a hottie. You should make him your real bae,” wrote one GH fan. “I love your playfulness, it’s hot! I love me some Curtis,” wrote another.

Me and work bae. #Cal @donnellturner

The relaxed exchange between Sarpy and Turner comes as things are heating up onscreen between their two characters.

Onscreen Curtis has been chem tested with several Port Charles ladies, including Hayden and Nina. Curtis has helped Hayden with some dirty dealings and he’s been there as a friend for Nina.

But none of his interactions with either of these ladies have gone beyond platonic. In fact, he somewhat played white knight to their damsels-in-distress moments.

And both have moved beyond the sins of the past. Remember when Valerie was the Port Charles bad-girl, stealing cousin Lulu’s (Emme Rylan) husband, Dante (Dominic Zamprogna)? Curtis had addiction issues in the past, but is now healthy and sober.

The future looks bright for these two, especially if they’re teamed up as a future “General Hospital” crime-fighting, super-couple!

‘The Bold And The Beautiful’ News: Proud Dad Jacob Young Shares Adorable Photos Of His Kids – They’re Getting So Big!