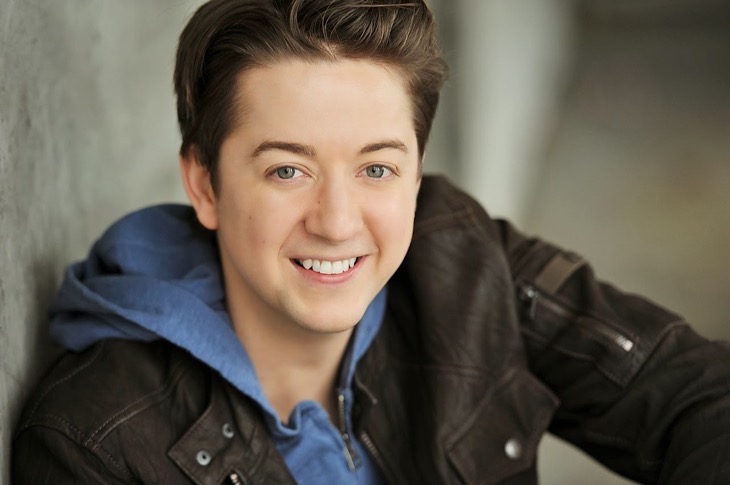 ‘General Hospital’ spoilers tease that Bradford Anderson [Damian Spinelli] will be making a return to the show soon. This news come shortly after it was announced that Kirsten Storms [Maxie Jones] was temporarily being replaced by Days vet Molly Burnett [Ex-Melanie Jonas].

According to Jamey Giddens from Daytime Confidential, Spinelli’s return was in the works long before the changes regarding Storms. This, however doesn’t mean that we will see Anderson and Storms along side each other. Most likely by the time of Anderson’s return on screen it will be alongside Burnett.

Related: Tracy Faces Off With Sabrina In Battle For Baby “Edward”

Spinelli and Maxie go way back. What started out as a friendship ended up being a blissful romance. However, things did not work out and so Spinelli left Port Charles with his new girlfriend Ellie Trout [Ex-Emily Wilson] and the daughter he had with Maxie. He, since then has made quite a number of visits back to Port Charles. On one visit he confessed his undying love for Maxie hoping she will leave Nathan [Ryan Peavey for him. After a while of thinking hard and doing some soul searching she chose to stick instead of returning to her ex.

With the news of Nathan’s ex-wife Claudette [Bree Williamson] coming to town, it definitely spells trouble for the happy couple. And, it looks like Spinelli will be added to the mix. Viewers are accustom by now to seeing couples they hope will last forever split. Will Claudette drive a rift between Naxie [Nathan and Maxie]? Will Spinelli use this opportunity to go after Maxie’s heart another time?

With Burnett’s first appearance slated for July and Williamson’s also, it looks like Anderson’s on screen appearance won’t happen till then. What will happen when he returns? Does Spinelli team up with Maxie as they conjure up a plan to keep Naxie together? Will Spinelli bring his and Maxie’s daughter on his trip back to PC? Will Ellie tag along as well?