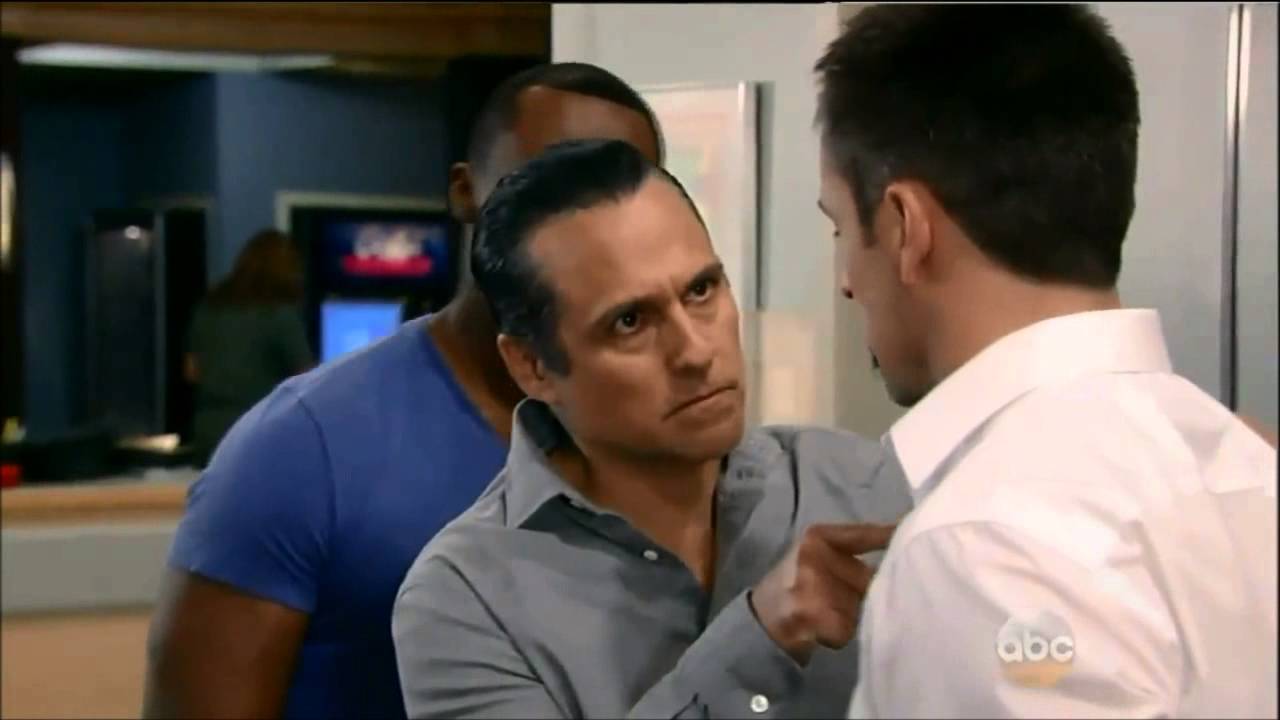 For quite some time now on “General Hospital” (GH) things have been going great with Sonny (Maurice Benard) and Carly Corinthos (Laura Wright), but that all could be about to change.

Sonny has kept his word to his wife that he will not resort to violence and stay on the right side of the law. GH spoilers tease that with Julian’s (William DeVry) trial approaching Sonny will be impacted by the outcome. So will he result in violence again and take matters in his own hands?

According to the newest edition of ABC Soaps In Depth magazine “As complications get stirred up from within his family, Sonny may find himself regretting having promised Carly he would avoid violence whenever possible.”

GH’s Sonny and Julian have been at it for some time now and not only that Ava Jerome (Maura West) has been causing problems for Sonny’s son Morgan (Bryan Craig) and Carly has brought a new girl named Nelle (Chloe Lanier) into their home that they really don’t know much about. So with all this at play Sonny is bound to be tested.

Sonny and Carly are one of GH’s supercouples and fans want to see them together but this is a soap and we all know relationships don’t last very long on them. So of course the writers will have to bring on something or someone to cause problems. How do you feel about that?

There has been a lot of talk of Duke Lavery (Ian Buchanan) lately on GH and of course that has a lot to do with Julian’s trial coming up and everyone wanting justice for his death. So could it be that Sonny decides to get justice in his own way if Julian walks? That’s always a possibility. I guess we will see.

So all you GH fans how do you think this will play out? Stay tuned to ABC’s General Hospital to see it all go down. Don’t forget to check often with Soap Opera Spy for all your latest General Hospital spoilers, news, updates, and more.

‘The Young and The Restless’ Spoilers: Stitch Wants a Baby – But Is It Too Late?