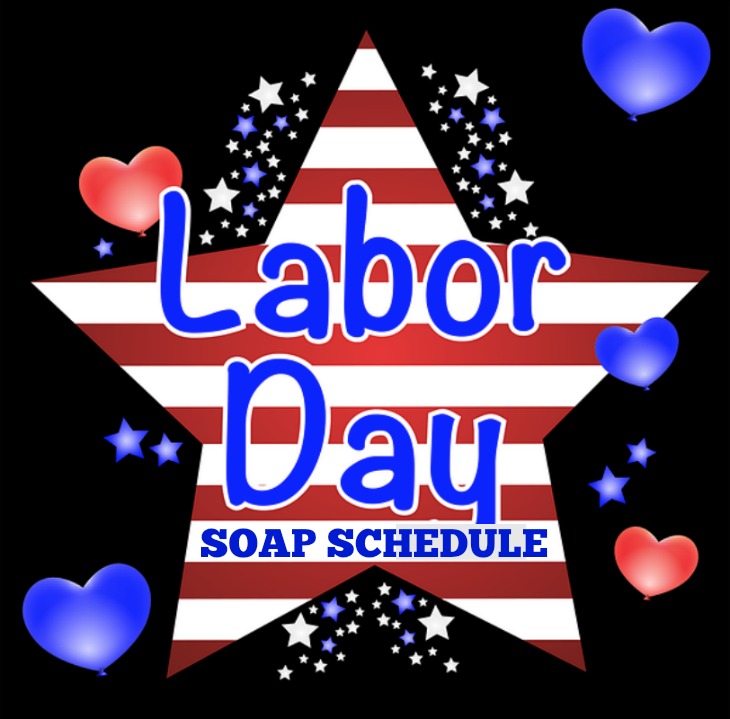 Another holiday is coming up and some soap operas will be on while others will be on a one-day break. On Monday, September 5th it will be Labor Day and hence there will be a shift in the regular daytime programming but they will resume on September 6th.

According to Soaps.com ‘General Hospital’ will air an encore episode of its previous episode aired on March 4th. This is the episode where Morgan [Bryan Craig] was the hot topic for treatment and his dad Sonny [Maurice Benard] agreed to have him committed. In same episode Lulu [Emme Rylan] found it hard to get over what had happened between her and Dante [Dominic Zamprogna], Kiki [Hayley Erin] finally woke up from a coma after being shot on the docks and Nathan [Ryan Paevey] made up his mind to tell Maxie [Kirsten Storms] the truth about Claudette [Bree Williamson]. ‘GH’ will return with all-new episodes the following day at its usual time.

Unfortunately for ‘Days of Our Lives’ fans, they will be missing out one days’ worth of show as it will be pre-empted to allow the airing of a PGA Golf special. The NBC Daytime drama series will return to regular programming on September 6th, where the new material from co-head writing team Dena Higley and Ryan Quan begins to air.

Luckily though for ‘The Bold and the Beautiful’ and ‘The Young and the Restless’ fans, it’s confirmed by CBS representatives that both shows will continue with regular programming as they air all new episodes on Labor day.

Though only two soap operas are affected by the holiday ‘DOOL’ and ‘GH’ regular programming for all shows continue on Tuesday, September 6th. At the same time fans can keep tuned to Soap Opera Spy for the latest spoilers, casting news and more.