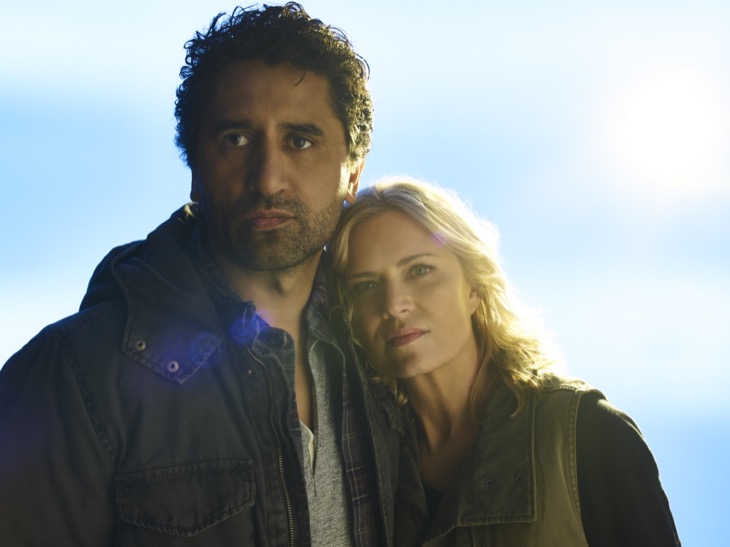 ‘Fear the Walking Dead’ spoilers for season three include confirmation from executive producer Dave Ericson that Chris [Lorenzo James Henrie] is dead. According to the showrunner, Chris’s death was always part of the plan.

Speaking with The Hollywood Reporter the showrunner stated that Chris’s death was designed to bring him to the lowest point in his life and force Travis [Cliff Curtis] to break his promise to deceased ex-wife Liza – that he would protect Chris. Watching his son die has pushed Travis over the edge.

Spoilers for season 3 of ‘Fear the Walking Dead’ reveal that Travis will find himself completely immersed by the zombie apocalypse. Look for Travis to become someone who finally has realized, and accepted, that the world as he knew it has ended. Travis’s old way of life, the moral code by which he lived, is no longer important.

‘FTWD’ spoilers also indicated that the militia group will become more important during season 3. New characters will be added south of the border. One new face ‘Fear the Walking Dead fans can expect to see is ‘Sons of Anarchy’ alum Dayton Callie [Chief Wayne Unser]. Information about the character is being kept under wraps but stay tuned as more ‘Fear the Walking Dead’ spoilers for season 3 emerge.

Dave Ericson revealed that going into ‘FTWD’ season 3 expect to see the relationship between Madison [Kim Dickens] and Alicia [Alycia Debnam-Carey] become more defined. In addition, Madison and Travis’s relationship will see a significant change. The common thread that will tie these three together going into season three is that they have all murdered someone in cold blood.

Alicia will be forced to deal with the fact that she has done the unthinkable. “That’s one thing Alicia was not supposed to do, it was not in her character,” the showrunner explains. ‘FTWD’ viewers will need to wait until sometime in 2017 to find out what happens following the murders of Brandon Kelly Blatz, Derek [Kenny Wormald] and Oscar [Andres Londono].

‘General Hospital’ Spoilers: Alexis’ Drinking Takes A Dangerous Turn – Will She Get Help Before It’s Too Late?