‘Devious Maids’ Spoilers: Did Spence Kill Peri, Or Is He Being Framed? 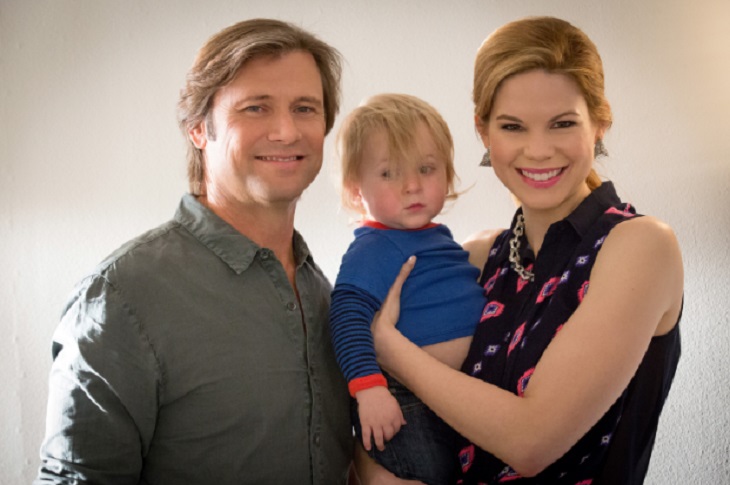 ‘Devious Maids‘ spoilers tease that there is a new killer on the loose this summer on the popular Lifetime TV show.  Last night the ‘Devious Maids’ Season 4 premiere, appropriately titled “Once More Unto The Bleach,” aired – and as per the usual the final minutes were filled with an exciting cliffhanger and murder mystery.  Did Spence kill his wife Peri Westmore?

Related: Marisol In a tough spot, Carmen Gets a Visitor, and Where is Adrian?

In Season 4 Episode 1, Spence got his memory back and realized that his wife Peri had been playing him since his injury, and he was in love with Rosie.  Of course, the shocking revelation sent him off the wagon, and after a night of partying like a rockstar, Spence woke up with a mean hangover and found his wife Peri dead on their bedroom floor.  Ironically, she was stabbed in the neck with the People’s Choice Award that she couldn’t stop bragging about.  Obviously, Spence was thrown for a loop, seeing as how he couldn’t remember anything leading up to Peri’s death.

Did Spence kill Peri, or is he being set up?  It wouldn’t be hard to frame Spence for the murder of Peri, and frankly not too many people will blame him for taking the evil woman out.  But, is he really guilty?  Spence definitely had motive, he woke up next to the body, and people snapped photos of him attacking Peri the night before, in a drunken rage.  It looks like an open and shut case.  If you watch ‘Devious Maids’ though, then you know there is no such thing as an “open and shut case” and Peri’s murder mystery will most likely be full of unexpected twists and turns.

Honestly, our money is on Ben.  The last time we saw Peri alive, she was frantically searching for Ben, and it was pretty clear during the Season 4 premiere that Peri and Spence’s sponsor were more than “just friends.” Or could it have been her co-star Eva, who was obviously not a fan of her either? What do you think ‘Devious Maids’ fans?  Did Spence kill Peri, or is he being framed?  Share your thoughts and theories in the comments below!

‘The Young and the Restless’ POLL: Has the Brain Tumor Changed Your View of Max? VOTE!