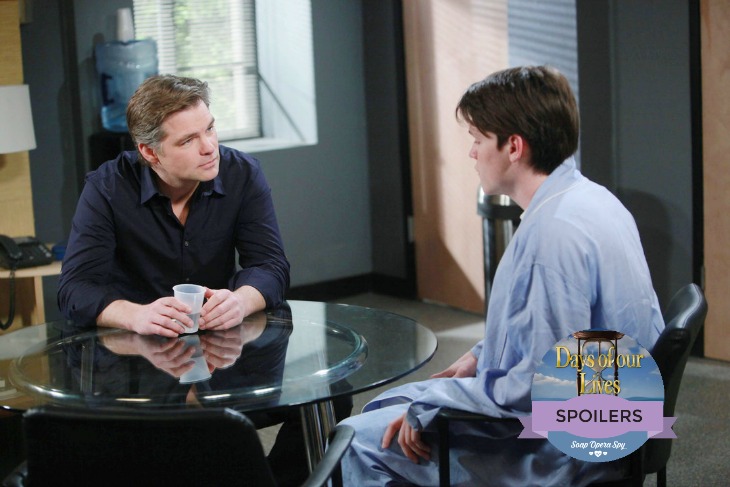 “Days Of Our Lives” (DOOL) fans know that when Aiden (Daniel Cosgrove) came back to Salem, he wanted to get back together with Hope (Kristian Alfonso). His plan failed when she found out that he was lying to her about when Andre (Thaao Penghlis) made the switch with his double. Hope didn’t want anything else to do with Aiden once she found out everything. She wanted him to leave town or he would regret it. Aiden doesn’t listen to this advice because he has a new plan in mind for Hope. Aiden wants her back in his life. If that plan doesn’t work, Aiden intends to make her pay for leaving him.

Since Aiden is in love with Hope, he doesn’t want to give up on her. He will stop at nothing to get to her even if it means he has to get revenge on her for not wanting to be with him anymore. It would be a waste for him to go after Rafe (Galen Gering) because he has to stay away from him too. He has another way to get to Hope. The shady lawyer can get to the detective through their kids. As luck would have it, Aiden managed to get his son, Chase (Jonathan McClendon) in a mental institution for raping Hope’s daughter, Ciara (Vivian Jovanni). Luck was on Aiden’s side again because Ciara’s a volunteer at the hospital where Chase is staying for now.

You Might Also Like —>  Claire Makes Choice About Future, Shawn and Belle Bicker – Nicole Bonds with Dario, Deimos Wants Her Back

Aiden’s new plan is to use his son to his advantage. He will convince Chase to pursue Ciara again. Aiden wants Chase to mess with Ciara’s head by declaring his love for her the way he did before he raped her. Chase is also expected to have Ciara convinced that she wanted to make love to him. This plan is designed to drive Ciara crazy and drive her mother crazy at the same time. In Aiden’s mind, he feels that he could win Hope back by being a hero for her as well as Ciara. Aiden’s is willing to throw his son under the bus in order to get the woman he loves back in his life. Will Chase go along with his father’s evil plan? Will this new plan work for Aiden or will he have to come up with something even more evil to get her back?