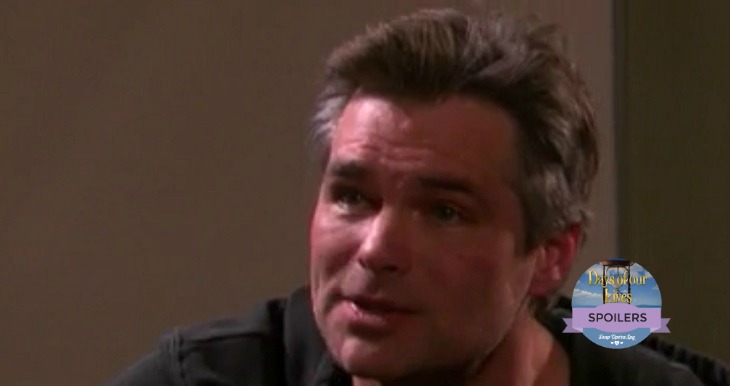 ‘Days Of Our Lives’ spoilers tease that upcoming episodes of the NBC soap will focus solely on Aiden (Daniel Cosgrove) and Hope (Kristian Alfonso) and the events that took place with Aiden since November, 2015. Hope’s presumed dead husband Aiden Jennings resurfaced on Friday 6th May. While Hope was at home she was stunned to discover Aiden standing as a living being in her living room. But how is that possible – How did Aiden survive?

Cosgrove revealed in a talk with Soap Opera Digest some tidbits on the story. Aiden has a lot of explaining to do, “He wants an opportunity to do that. He’s taken to the police station and doesn’t want to talk to anybody but Hope. Aiden wants to connect with Hope as soon as he can and explain everything. She saw Aiden zipped up and put into a body bag, so he understands that there is a lot of craziness associated with his return.” Cosgrove dished in a conversation with SOD.

‘DOOL’ spoilers tease that  what took place the night Bo Brady (Peter Reckell) supposedly killed Aiden will all be revealed.   Apparently, Aiden found it impossible to kill Hope, when he tried to leave her house; he came face to face with his doppelganger. At this point, Aiden was trying to comprehend all that was taking place but Andre DiMera (Thaao Penglis) showed up and gave orders for the impostor to carry out the task Aiden failed to do. Aiden was knocked out and woke up in cage sometime later.

Today Aiden gets a chance to talk with Hope. Aiden is adamant that an impostor was the one who tried to murder her while he was being held captive in cell by Stefano DiMera (Joseph Mascolo) and his son Andre. Aiden will also come clean with Hope that he was indeed working with the DiMera’s before being kidnapped. “Aiden wants to come clean with Hope and be completely honest,” Cosgrove highlights. “He tries to clarify anything that confuses Hope. Aiden’s biggest wish is that he wakes up from this nightmare and gets back to where he was with Hope.”

Things will prove very difficult when Hope refuses to believe Aiden’s story. She will insist that he is an impostor and things will get worst when Rafe (Galen Gering) and Roman (Josh Taylor) reveal that Aiden’s fingerprints totally vanished from their files. Will Aiden find another way to get Hope to believe him? What will be the outcome when it is proved that he is indeed the real Aiden Jennings?