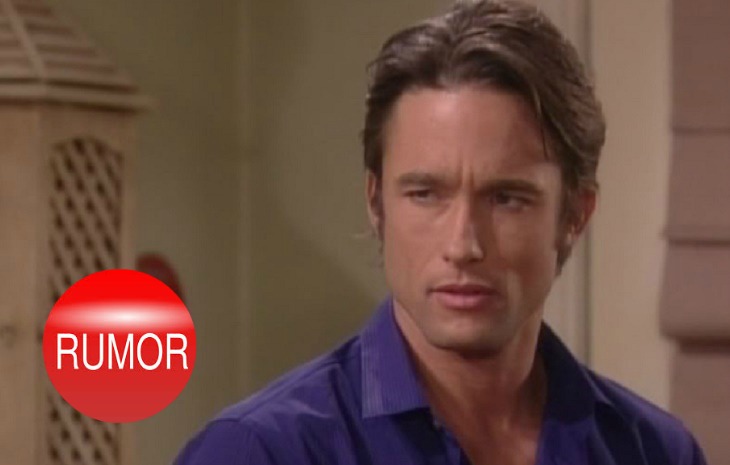 ‘Days of Our Lives’ casting rumors are floating around, teasing that Jay Kenneth Johnson is returning as Philip Kiriakis. The actor portrayed Philip from 1999 through 2002. He returned in 2007 and left again in 2011.

Related: Nicole Helps Chloe Deliver Baby, Will She Have to Choose Between Baby or Deimos?

Philip Kiriakis and Stephanie Johnson have quite the history together, that’s why there are rumors that Jay Kenneth Johnson might resume the role. There’s been no official confirmation that the actor will be back. And ‘Days of Our Lives’ fans have no idea how long Steve and Kayla’s prodigal daughter will remain in Salem.

As ‘Days of Our Lives’ viewers will remember, a war broke out between the DiMeras’ and the Kiriakis’ and Titan’s computer servers were completely wiped clean. Titan lost the blueprints for a very important fuel project and Philip vowed to get back what rightfully belonged to Titan.

During this time Stephanie was not happy Philip’s underhanded business tactics. Their relationship was failing miserably. Then Philip was shot by a DiMera hitman and lay in critical condition in the hospital. Stephanie was by Philip’s side during his recovery. The couple grew close once again and Philip proposed to Stephanie Johnson.

Fate intervened once again and Stephanie was kidnapped and held hostage at a funeral home. Philip was able to save Stephanie but the terrifying experience deeply affected Steve and Kayla’s daughter. Realizing life with Philip would be dangerous she broke off their engagement.

There has been speculation that Stephanie will be a new love interest for Brady Black [Eric Martsolf] now that Theresa Donovan [Jen Lilley] has been forced out of town by Mateo. Let’s not forget, Philip and Brady are rivals – over just about everything.

Philip is leaving Salem, for now. Stephanie is returning. ‘Days of Our Lives’ tapes approximately six months in advance. That gives TPTB plenty of time for Stephanie and Brady to develop a romantic relationship and write Philip back in.

If the rumors of Jay Kenneth Johnson’s return are true, a love triangle with Stephanie, Philip and Brady would be interesting. Stephanie and Philip are no strangers to love triangles. When the lovers were last involved, Melanie Jones [Molly Burnett] came between the star-crossed lovers.

‘Days of Our Lives’ fans would you like to see Jay Kenneth Johnson return as Philip? Soap Opera Spy would like to know your thoughts on this casting rumor.