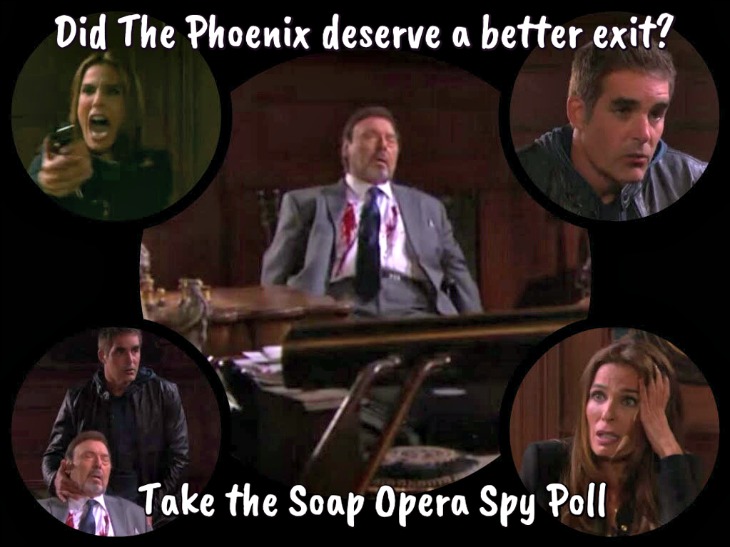 “Days of Our Lives” fans immediately reacted to Hope Brady [Kristian Alfonso] shooting Stefano DiMera [Joseph Mascolo] to death – and many were not happy.

“DAYS” viewers would have liked nothing more than for Stefano to remain in Salem indefinitely. However, Mascolo has not been in good health for some time. “DAYS” producers and writers needed to find a way for the Phoenix to leave Salem.

The majority of viewers believe that TPTB should have written a more dignified exit storyline for Stefano. What do you think the writers could written that would be worthy of the manipulative mastermind Stefano DiMera?

Recast the role: This most certainly could not have been an option? Joseph Mascolo is Stefano and vice versa. Joseph brought his heart and soul to the role ever since he appeared on screen in 1982. There is no way viewers would have accepted a recast? Or would you? Who could possibly have portrayed the villainous Stefano better than Mascolo?

An aggressive illness: Should Stefano have been diagnosed with an illness, perhaps some aggressive form of cancer? The DiMera family could have gathered at his bedside to say their goodbyes. A magnificent final speech could have been written – one entrusting the DiMera Dynasty to Andre [Thaao Penghlis]. Followed by a funeral befitting such an imposing figure – the man who “died” many times but always came back.

Unfortunately with this type of ending – it could have been too close to the truth for Mascolo and the “DOOL” writers.

Another Stefano vanishing act: After the showdown with Hope could Stefano quietly slipped out of Salem – alive – and gone into hiding? He could make an occasional appearance – shown on the telephone giving directives to Andre?

Bring Stefano back: Will the evil Phoenix haunt Hope’s dreams and even her waking moments? It’s not a return to Salem but how crazy would it be if Stefano’s still had power over Hope even in death?

“Days of Our Lives” fans what say you? Yay Or Nay on how TPTB decided to write out Stefano DiMera?