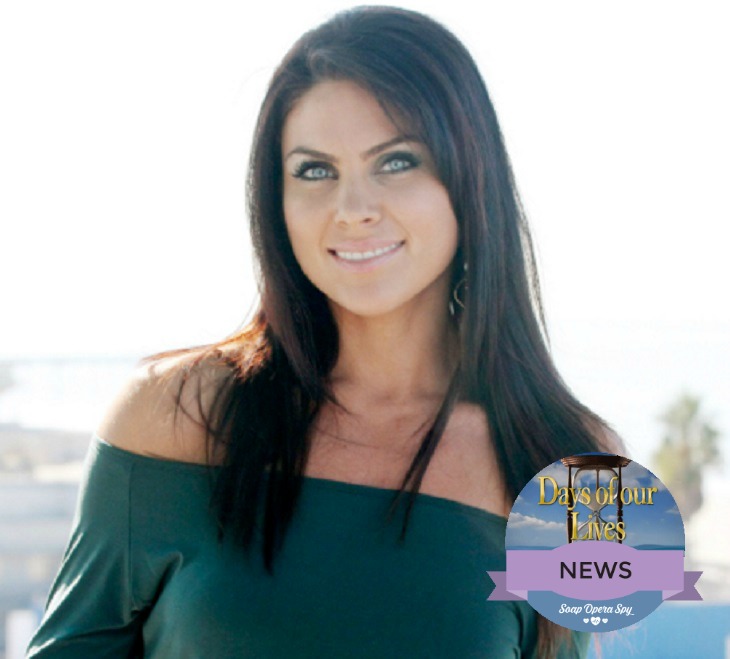 For months Nadia Bjorlin’s (Chloe) return to ‘Days of Our Lives‘ has been the topic of conversation for several viewers. Since her return was announced, fans has been waiting patiently to see her back on screen. Now Soap Opera Digest is confirming that Bjorlin will first air on June 8th.

Bjorlin is one of daytime’s most beautiful actresses. She has played Chloe Lane on and off since 1996. She is currently pregnant in real life and after shooting several episodes proceeded on Maternity Leave on April 18th. This is apparently when they began filming episodes for the month of September. This means Chloe will be on air until September to accommodate her pre-maternity.

So far there has been no details on whether or not Chloe’s bump will be a part of her storyline. Several persons have been wondering if the show will write in her pregnancy. Unfortunately, they have not revealed anything in that regard. And Christian Ganiere will once again be airing as Parker Jonas.

What will Chloe’s story involve upon her return? At this point, no word on that. But it most certainly would be nice to see some more Nicole (Arianne Zucker) and Chloe scenes. Since losing Daniel (Shawn Christian), Nicole became very close with his son Parker. Also Chloe’s former lover Phillip (John-Paul Lavoisier) is back in Salem. Will Chloe and Phillip have any scenes this time around?

A few viewers were thinking that the paternity of Parker would be the story Chloe is involved in. Is it possible that Parker would turn out to be Phillip’s son after all? With Belle (Martha Madison) leaving Salem soon, could Phillip and Chloe once again become lovers? Will she find someone new this time around? Well there is always Dario (Jordi Vilasuso), what do you think of that fans?

Days of Our Lives Spoilers: Galen Gering Out At DOOL – Goodbye To Rafe…

Days of Our Lives Spoilers: Alison Sweeney Shares Behind The Scenes Pic of DOOL…