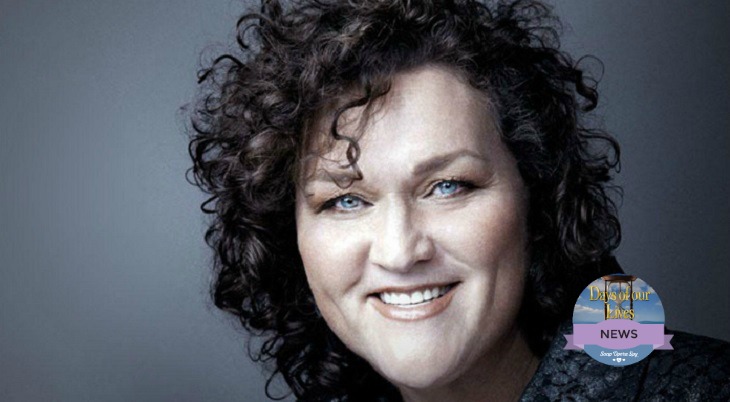 Former ‘Glee’ star Dot-Marie Jones is set to make an appearance on ‘Days of Our Lives’. The news of her guest appearance was first announced by her agency who shared on their official Facebook page “ATN client, Dot Marie Jones booked Days of Our Lives!!! Look out for her!”
Related: Aiden Wants To Win Hope Back Or Destroy Her – Will His Plan Work?

This news has left Glee fans in a frenzy anticipating seeing her on the NBC serial. Justin47 also shared the news on Facebook but unfortunately there are no additional details surrounding her guest appearance yet. Currently, neither air date information nor character information has been released, we here at SOS await more information and as soon as we have it we will update you.

Jones is a very fine and talented American actress who was born in 1964 in Turlock, California. She is a well established actress who has been very active since 1992. Her first role was Dot Jones in the TV series ‘Knights and Warriors’. Since her acting debut she has been in numerous series and movies. Her most talked about and popular role is that of Sheldon Beiste from 2010 – 2015.
Related: Steve Gets An Eyeful When He Sees Fynn With Kayla

She is also well known for playing several other roles. She also played Masha in ‘Baby Daddy, Duke in ‘The Millers’, Biker in ‘Playing House’, Miss Lolly in ‘Have You Met Miss Jones’.  She was extremely active making appearances in a number of other TV series including; TMI Hollywood, The Exes, The Penguins of Madagascar, Are You There, Chelsea?, Venice The Series, Hero Treatment, Hawthorne, 10 Things I Hate About You, Cougar Town, Prison Break, Desperate Housewives, According to Jim, Nip/Tuck, My name Is Earl, The Mentalist, Men in Trees, George Lopez and much more.

Fans can stay tuned to Soap Opera Spy as we keep you abreast with the details surrounding Jones upcoming guest appearance.