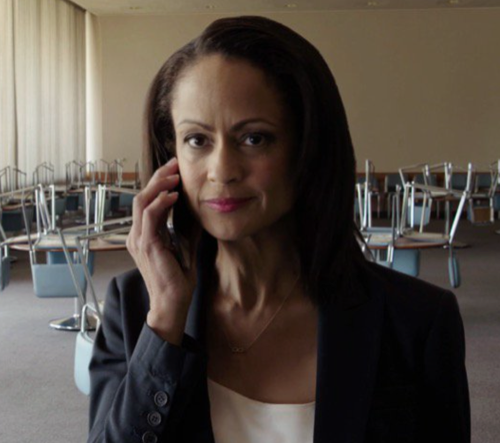 Exciting ‘Days of Our Lives’ news reveals Anne-Marie Johnson has be cast in a mysterious recurring role! The stunning star will return to the series after a playing Dr. Patel in 2012. Johnson confirmed the ‘DAYS’ casting news during Hallmark’s daytime chat show, ‘Home and Family.’ Looks like ‘DOOL’ might have another resident returning to Salem. But, for how long?

The mysterious recurring role doesn’t have too many confirmed details yet. Soap Central noted that the rumors suggest the part “isn’t slated to be lengthy.” Maybe Anne-Marie Johnson will reprise her role as Dr. Patel on ‘Days of Our Lives’? Anne-Marie was only credited for 2 episodes of ‘DAYS’ according to IMDb.  During these episodes, Marlena and Sami were quibbling, like usual, as Sami wanted proof Kristen was really after Marlena again before she quit her job. Meanwhile, Daniel admitted he loved Jennifer during Anne-Marie’s cameo episodes as Dr. Patel.

The 55-year-old Hollywood veteran has several movies and TV appearances on her resume including ‘In the Heat of the Night’ and even an appearance on ‘Pretty Little Liars.’ It should be interesting, and a little drama is always good for soaps! Maybe all these new casting changes and writer switches will pay off for the soap opera. Let us know what you think in the comment section below.