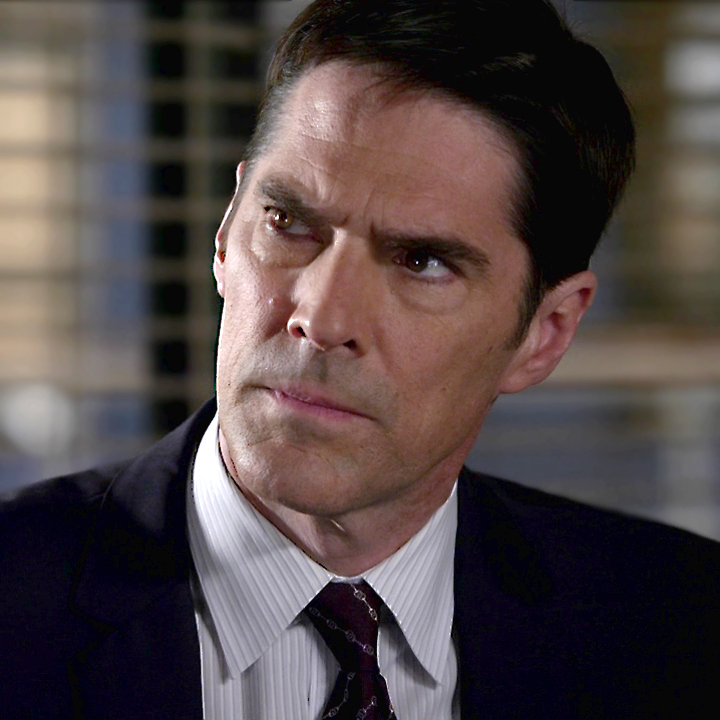 Criminal Minds star Thomas Gibson has been suspended from the hit CBS show for physically assaulting one of the show’s writers.

During a creative dispute with one of the show’s writers on set, Thomas Gibson allegedly kicked the writer in the leg, TMZ reports.  The writer then reported the incident to big wigs at CBS who suspended the actor for an indeterminate amount of time.  It is unclear as to whether the writer sustained any significant injury during the incident.  So far, Thomas Gibson has been suspended from Criminal Minds Season 12 for two weeks.  Thomas Gibson has portrayed Aaron Hotchner on the hit show since 2005.  He has also directed six episodes beginning in 2013.

The actor claims that the writer became “aggressive” and that he kicked him “in retaliation.”  In a statement to TMZ, Thomas Gibson said, “There were creative differences on the set and a disagreement.  I regret that it occurred.  We all want to work together as a team to make the best show possible.  We always have and always will.”

This isn’t the first time the actor has physically attacked a staff member working on a show.  Accroding to Deadline, Gibson allegedly was also involved in an altercation with another staffer on Criminal Minds in the past.

It is unclear at this time whether his suspension from the show will be permanent or how the writers will handle his absence in current scripts.  Because the show is on its twelfth season and going strong, it is unlikely that the actor will be axed for good despite this being his second alleged assault on a fellow member of the Criminal Minds team.  It is also unclear whether there will be any criminal charges filed against the actor for the assault, or if the writer will be pursuing civil litigation.  One thing is clear: Thomas Gibson is a nightmare to work with and undoubtedly has made himself extremely unpopular with the rest of the cast and crew for his violent diva-like behavior.

Tell us what you think in the comments below—should Thomas Gibson be fired from Criminal Minds?  If not, how long do you think his suspension will last?  Will the show suffer in his absence?  Do you think his days of directing episodes of the show are now over?  What would possess a grown man to kick another person in the leg during an argument?