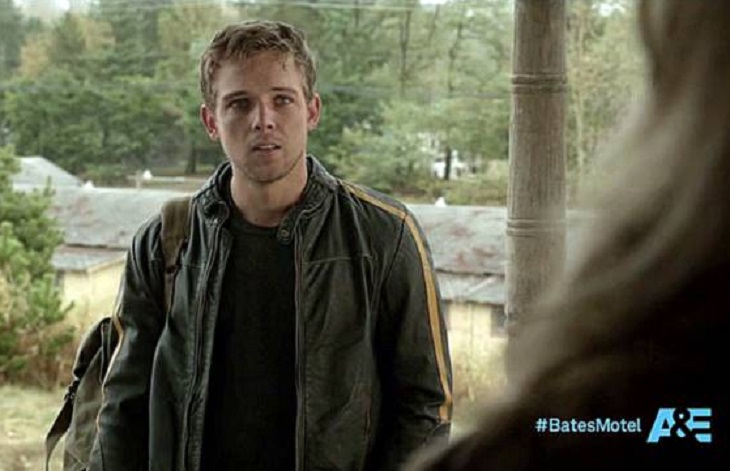 The Season 4 finale of Bates Motel holds the most shocking scenes of the entire show, when Norman Bates (Freddie Highmore) killed his mother, Norma Bates (Vera Farmiga) in a failed murder-suicide attempt. Though the scenes were shocking and devastating, they were not entirely unexpected since we already knew her death was confirmed in the 1960 film, Psycho.

Related: Will Season 5 Be Better Than Season 4’s Finale?

Fans of A&E’s Bates Motel, have been wondering how Dylan (Max Thieriot) is going to react to learning that his half-brother, Norman murdered their mother. Norman and Dylan have this “kind of bond” that “brings them closer than anything”, but Max Theriot says Norma’s murder could be a game-changer for the brothers. Thierot points out that it might be impossible for his character to deal with the murder, or if Dylan could ever forgive Norman for what he has done to their mom.

We have watched for the past four seasons the twisted love, and extremely jealous relationship between Norman and his mother. Vera Farmiga teases that Norma Bates is “Alive” and “Crazier” than she has ever been. The death of Norma Bates, is only the beginning. Rihanna has joined the cast of Bates Motel for the fifth season, as the ill-fated Marion Crane from Psycho. The character’s introduction should give the series a proper send-off.

Once Dylan finds out the truth, what will that mean for him? What will it mean for him and Emma (Olivia Cooke)? Will Dylan return from Seattle alone, or will Emma come with him? These two will look like “loose ends” to Norman. Will they meet the same fate as Norma? How about the strange mountain man, Chick (Ryan Hurst), who saw Norma’s dead body on the couch, when he arrived unexpectedly to offer his condolences and casserole to Norman after the funeral, will Chick be a threat to Norman?

What about brand-new stepdad, Sheriff Alex Romero (Nestor Carbonell), will he be a loose end as well? We last saw him promising Norman that he will prove he killed his beloved Norma, but is currently in lock up for his connections to Bob Paris (Kevin Rahm). We also shouldn’t count out Norma’s brother Caleb (Kenny Johnson). He shared a cryptic phone call with Norma just before she died. Will he be returning once he receives the news?

Max Theriot has also confirmed that Bates Motel will begin filming Season 5, its final season, in September. He added that he is especially looking forward to the last season, because he will be directing an episode. He cannot really comment on the episode because he has not even read the script for his episode yet.

Bates Motel Season 5 will be returning to A&E in March 2017. Are you prepared for the final season?