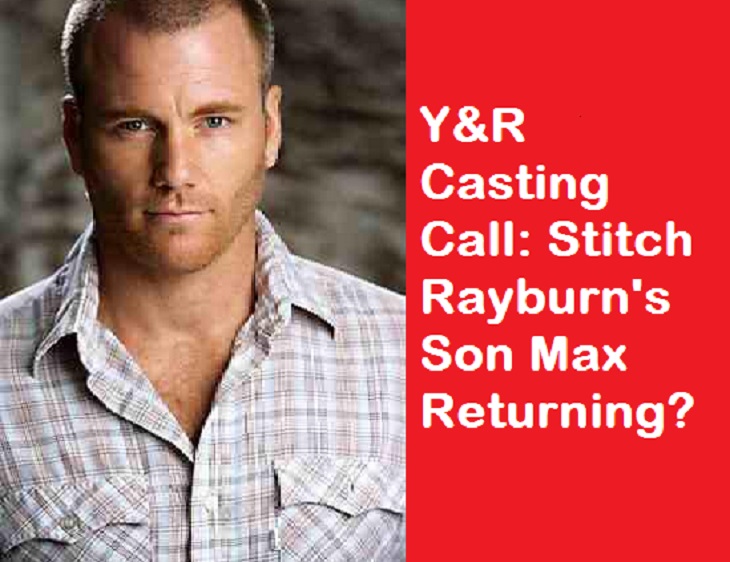 “The Young and the Restless” casting spoilers are in; Soap Opera Digest revealed that the soap was looking for a child 8-10 years old for a MAJOR reoccurring role. The role referred to as “Timmy “must be able to handle a lot of dialogs. The character’s parents are divorced, and he has spent a large part of his life bouncing back and forth between them. In the end, he isn’t sure who either parent is, deep down. It causes the emotionally broken young boy to question who he is too. So, who could this little boy be- Max, Reed or someone completely different?

The most obvious character for the recast would be Reed Hellstrom. He has been gone for quite some time due to the actor who plays him, Max Page having his own set of real-life drama with a heart condition. Last year, he had an operation to fix a common heart condition and was supposedly set to return as Reed in the next few months. He has not returned yet. It seems very likely that the show would want to bring him back to spend time with his mother.

If Dr. Ben “Stitch” Rayburn (Sean Carrigan) decides to stay on the show and renew his contract, it seems like in order to give him any storyline at all they will HAVE to bring his son Max to Genoa City. Last year, the writers teased they were thinking of bringing his ex-wife and son; Max to the show after Stitch was cleared of any wrongdoing in his father’s death. He has spoken to his son a few times over the phone but have yet to meet in person. The casting call could be Max.

There’s always the chance it could be an all-new character, one that no one knows anything about, yet. Someone could find out they have a child or secrets could be revealed.  After all in Genoa City, secrets and skeletons don’t like staying in the dark- they tend to find their way out. Who do you think “Timmy” could be- Max, Reed, or someone completely new?

‘The Young And The Restless’ (Y&R) News: Judith Chapman Directs And Stars In ‘A Street Car Named Desire’