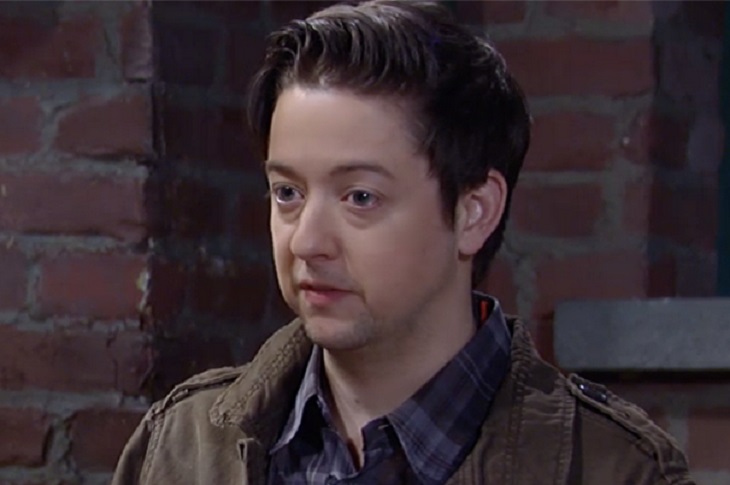 Good news “General Hospital” fans; spoilers tease that Damian Spinelli (Bradford Anderson) is coming back to Port Charles THIS week. He will be reprising the role of Spinelli for the second time in 2015. He is scheduled to appear on Thursday, October 15. So, what do we know about his short storyline?

First up, we know that Spinelli will appear on Thursday’s show to help Sam Morgan (Kelly Monaco) find out about Jake’s secret past and family, according to Soap Opera Digest. Jake cannot remember anything about his past and needs Sam to investigate to he can connect with his loved ones. Little do they both know; they are married, and she is who he is looking for. Spinelli already has suspected that Jake was Jason last year.  Will he continue to suspect he could be his best friend, Stone Cold AKA Jason Morgan?

Related: Soap Stars Reveal Their Favorite Daytime Stars: Actors They Look Up To!

Sam knows that if anyone can help her uncover Jake’s true past; it will be Spinelli. He is a whiz in digging deep and finding out hidden information- and she knows that if something is out there, he will find it. If he comes back with PROOF that Jake is really her presumed dead husband, how will she react?

The rumors revealed that Spinelli would help her find out information about Jake’s past, but he finds out that he is somehow connected to Jason Morgan. The leaked rumors don’t imply he finds out that he is Jason yet, but the connection to Jason prompts him to dig further. He contacts Laura Spencer (Genie Francis) and tells her what she knows, which leads to her telling him what she knows- Jake is Jason Morgan. Will Spinelli piece all the puzzle together BEFORE the Jake and Elizabeth (Rebecca Herbst) gets married?

“General Hospital” official spoilers have said for a few weeks that Laura will be the one to reveal that Jake’s true identity is none other than Jason Morgan. The part that is unknown right now is if she delivers the news to Jake herself or if Laura reveals what she knows to Spinelli or Sam- and they uncover the truth behind his true identity. One thing is for sure- “General Hospital” fans are tired of the wait. They just want it out in the open and Port Charles to know that Jason Morgan is alive and living among them.