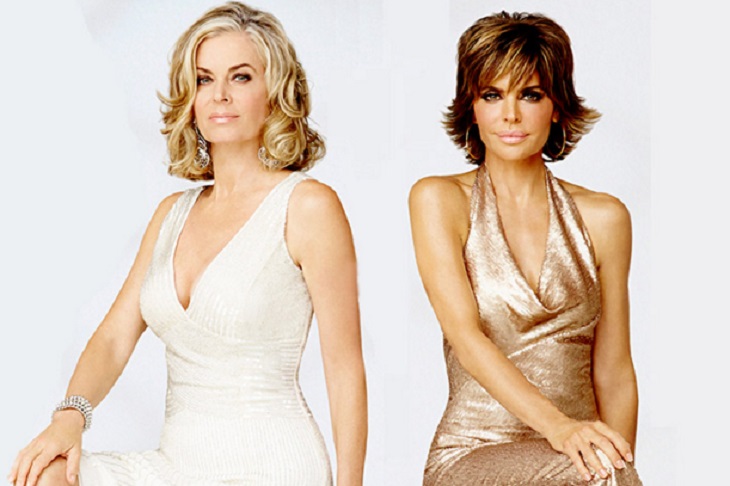 “Real Housewives of Beverly Hills” released the promo for season six, and the soap opera stars, Eileen Davidson and Lisa Rinna are returning for more reality TV drama. Lisa stated last season that the show was much harder than soap opera acting and that the women [and she uses that term lightly] are extremely competitive with each other and hard to get along with. So if it was difficult, why did she return?

Lisa Rinna [ex- Billie, Days of Our Lives] said after season five that she couldn’t wait to come back for season six. As hard as it was, she also admitted it was extremely thrilling to be a part of the drama. She said that the experiences and parties were fun, and she will stick around as long as Bravo TV wants to keep her. Rinna also expressed some interest in returning to daytime TV last year; however, she noted that she had been gone so long that it would be extremely difficult to return, now.

Eileen Davidson is known for her roles as Kirsten DiMera [Days of Our Lives] and Ashley Abbott [Young and the Restless]. Before her debut last season, fans had assumed she was much like the characters she portrays.  Imagine the surprise when the fans learned she wasn’t calculating at all; instead, she was open, warm and upfront with her feelings.

The promo showed Eileen and Lisa in more trouble with Kim Richards. During the season, Richards is arrested for shoplifting. Kyle is forced to comfort her biggest fears with her sister, and must decide whether she will continue to allow Kim to manipulate her feelings, or if she gives a dose of tough love in order for her to get in a much better place.

Yolanda Foster continues to get treatment for Lyme disease while Lisa and Eileen wonder if she is exaggerating her illness for attention. Yolanda says that it is a very real condition and fears the disease will claim her life. Afterwards, Eileen and Lisa R. apologize for making such an accusation.

The season starts December 1 at 7/8 p.m.; the season promises to be the most dramatic season yet. Are you excited that Eileen Davidson and Lisa Rinna are back for season six of ‘Real Housewives‘?

‘General Hospital’ POLL – Which Favorite GH Character Should Be Brought Back To Life?

Days Of Our Lives Spoilers: Are Brady And Kristen Reuniting? Baby Brings Them…