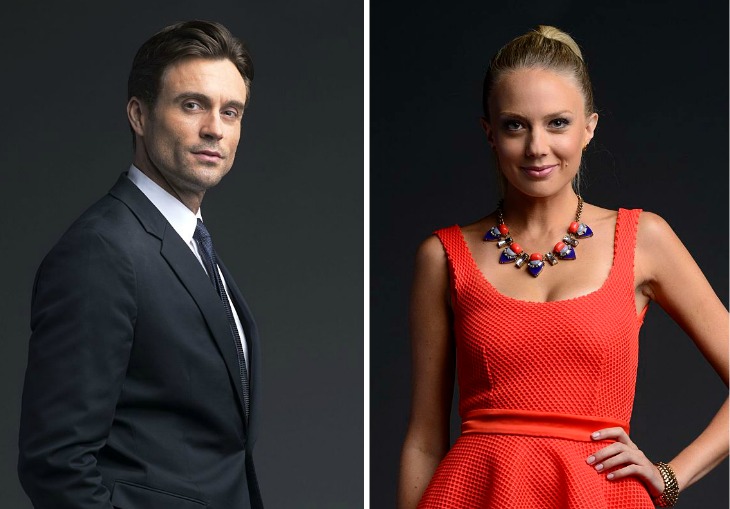 “The Young and the Restless” stars Melissa Ordway [Abby Newman] and Daniel Goddard [Cane Ashby] talk about who on the set they were most intimidated by and how wrong their first impression was about them. They both stated the person they both judged too harshly at first was Eric Braeden. They both said that he is an amazing person, friend, and a true professional.

Melissa Ordway said, “I would have to say I was most intimidated by Eric Braeden. I was so taken by him because of who he is- he’s Victor Newman. I watched him on the air for a long time-years! He is just the smartest, friendly, sweetest guy on the set. He makes me laugh when we are filming and rehearsing our lines together.”

Daniel Goddard told Soap Opera Digest almost the same thing about Braeden. He said, “When I first started I was wrong about my first impression of Eric Braeden. He had the stigma of the tour-de-force persona, but once you got to know him; he’s an absolutely sweetheart and once of the nicest people you could ever meet.”

It looks like Eric Braeden has the persona of being Victor Newman with a hard exterior, only to find out he is a sweet, loveable, humorous man. All the actors who work with Braeden right now, sing his praises as being a wonderful friend and co-star.   Are you surprised that Eric Braeden is nothing like his alter ego Victor Newman? Would you be scared to meet him and feel intimidated by his presence at first?