‘The Bold And The Beautiful’ News: Heather Tom Directs Her First Episode Of ‘B&B’ 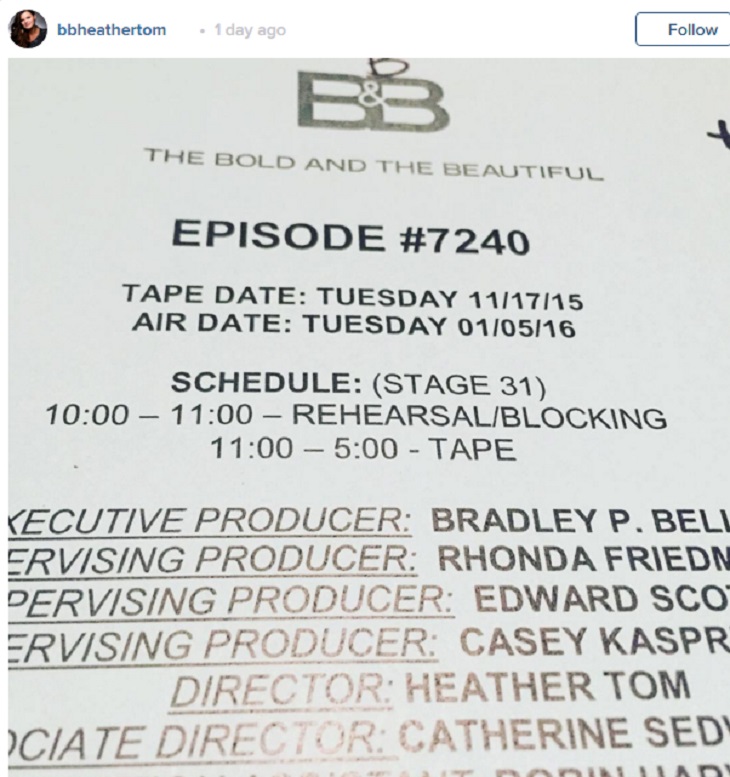 Tom has been a member of the ‘B&B’ cast since 2007, and now she is putting her experience and vast soap opera knowledge to good use – and has been dabbling in directing the CBS soap opera as well!  There must be something in the water, because Heather Tom is the third daytime diva to begin directing as well as acting this year.  ‘General Hospital’ star Kimberly McCullough (Robin Scorpio Drake) has been honing the craft, as well as ‘Days Of Our Lives’ star Alison Sweeney (Sami Brady). 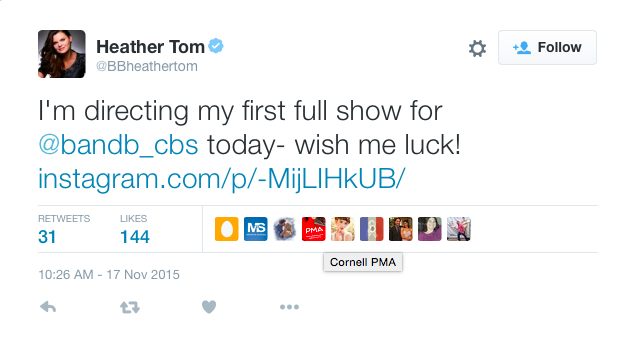 Heather Tom took to Twitter on Tuesday November 17th to let ‘The Bold And The Beautiful’ fans know that she was directing her first full episode of the CBS soap opera.  Heather posted a photo of the cover page of the script for the episode she is directing – and it had her name listed under the “Director” category.  According to the script, we can expect to see Heather’s episode of the soap opera air on CBS on January 5th 2016.  ‘B&B‘ fans were wondering why we don’t see too much of Katie Logan Spencer any more, but it looks like it is just because she has been busy working BEHIND the scenes and not filming.

‘General Hospital’ Spoilers – Does Helena Give Jason the Answers He Needs About His Memory Loss?

Bold and the Beautiful Spoilers: Katie Crushed By Brill Kiss – Bill Has No…

The Bold and the Beautiful Spoilers: Don Diamont Shows How to Self-Quarantine –…