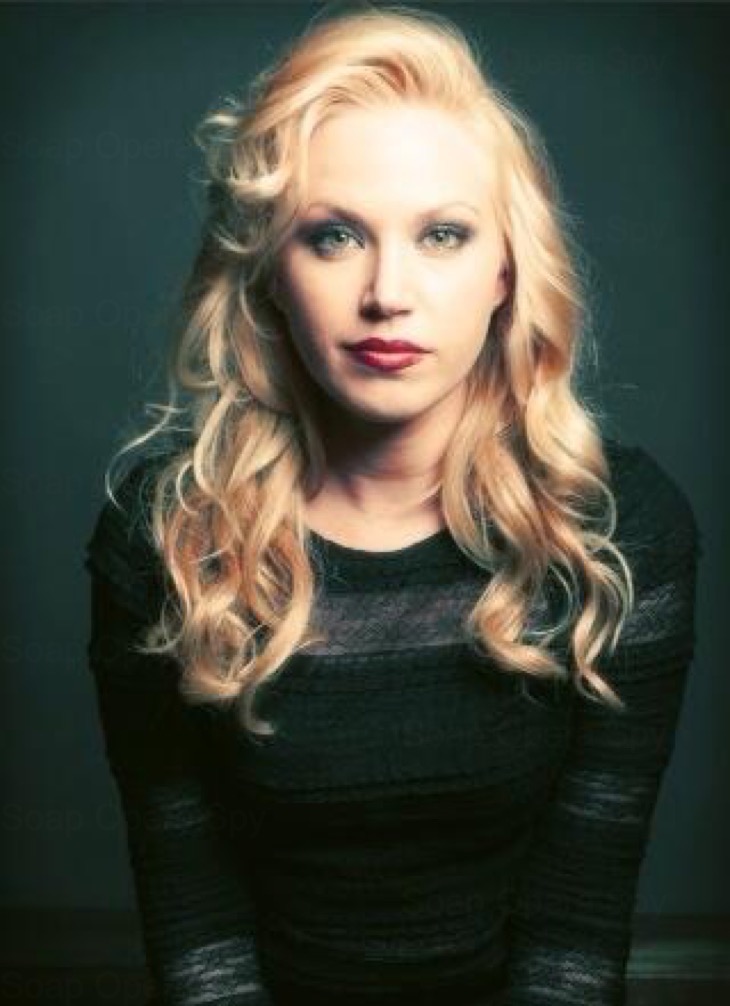 Congratulations to actress Adrienne Frantz, who formerly played Amber Moore on the daytime soap opera The Bold and the Beautiful. Adrienne Frantz and her husband Scott Bailey are expecting their first child together, and it is a girl. We are sure that both of them are extremely excited, and we are so happy for the both of them. Just last year Frantz spoke out and revealed that she suffered a tragic miscarriage, and now, only a year later, Frantz is pregnant with a little baby girl. It’s such a joyous time for both Frantz and Bailey.

Adrienne Frantz shared the exciting news in a unique, and comical way. It was revealed that Frantz was pregnant after she posted a video sobbing on the couch, showing that she is feeling those pregnancy hormones full force. In the video, Adrienne Frantz is hysterically crying over what she says was a heart warming video that she just watched about babies and love. The video is comical, but without a doubt will make you smile.

You can hear Adrienne’s husband, Scott Bailey, making comments as he films his wife. Bailey can be heard playfully teasing Adrienne as she cannot stop herself from crying over the video she just watched. Bailey can also be heard laughing at his wife’s reaction and it really just makes for a light hearted video and great way to announce their pregnancy.

We will keep you updated as soon as we find out more information regarding Adrienne and Scott’s baby, but in the mean time, we want to wish them both a huge congratulations. We are sure they will make great parents, and we are so happy for them.