Soap Stars Reveal Their Favorite Daytime Stars: Actors They Look Up To! 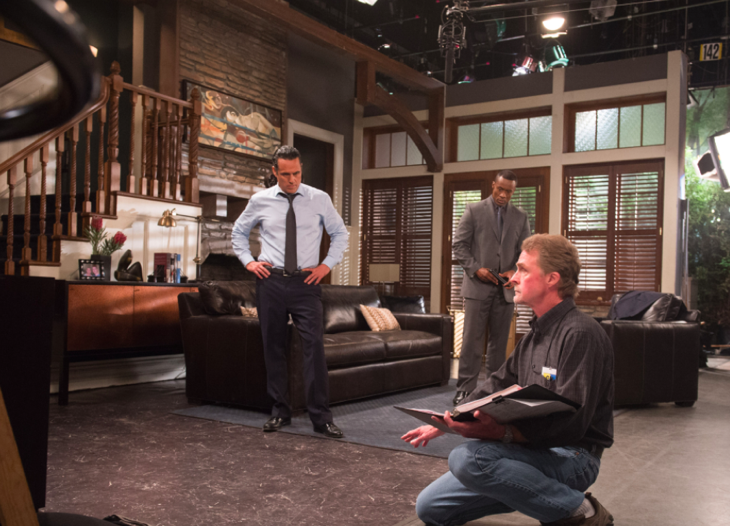 Imagine you are an aspiring daytime drama actor, and you finally get the part you’ve been dreaming of for a long time. You look up to the veteran actors for guidance and know-how. Veteran actor’s dish on who they looked up to when they first landed their part in soap land. Clearly, Anthony Geary has his share of famous adoring fans.

Brytni Sarpy said she didn’t even need to think about who she looked up too- it was Anthony Geary, hands down. She noted that her family was HUGE “General Hospital” fans, and they were impressed; she was cast as a member of the Spencer family. “It was a surreal experience to get the chance to work with Anthony,” Sarpy said.

Kristoff St. John said that he admired Anthony Geary and Genie Francis. They are a legendary soap couple and know the business inside and out. He remembers getting sucked in by the great storyline on “General Hospital” as a youngster just to see how their story unfolded. When first cast on “Y&R,” he became obsessed with Eric Braeden. He said that Eric Braeden was pretty intimidating and scary even when watching him on TV. He said he was such a presence in every scene. He noted, “In person, Eric is the same way as he is on the soap; he has quite the presence.”

Hayley Erin said that when she was cast on “General Hospital” she began watching the show in order to understand her co-stars storylines. Robert Howarth stood out as a great character, and when we met he was the same way in person. “I love watching his scenes. He is such a character and a down-to-earth, guy,” Hayley said.

Linsey Godfrey said that she was a HUGE SMASH fan, and particularly loved Thorsten Kaye’s character on SMASH. She said, “When I found out that I was going to work with him directly, I screamed like a school girl-I became a total fan, girl.” She noted she felt blessed that she works one-on-one with him. “He’s such a great guy,” Linsey stated.

Were you surprised by any of these confessions? Who do you look up to as an actor on daytime TV?