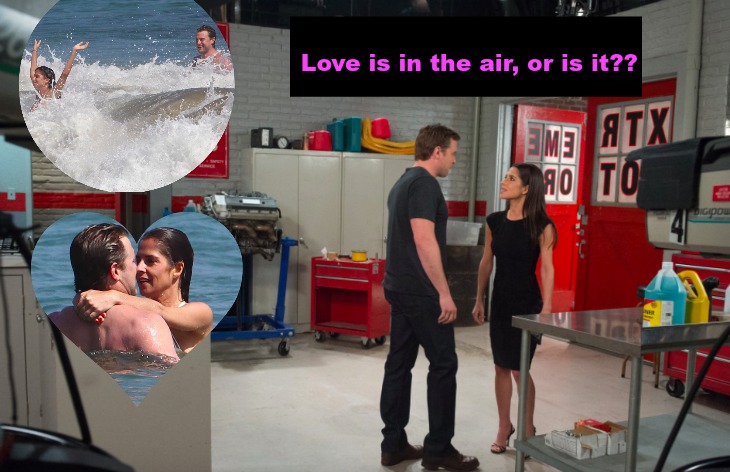 Are “General Hospital” stars Billy Miller and Kelly Monaco dating? Kelly and Billy were photographed in Malibu on the beach together on July 5 celebrating the holiday weekend, and looking very much like a couple. Photos were snapped of the pair splashing around in the ocean, and Kelly had her arms around Billy looked like she was going in for a kiss!

Love is always popping up on the set of “General Hospital,” on screen and off screen – so it wouldn’t come as a shock if Kelly Monaco and Billy Miller are dating. They definitely looked super cozy together in Malibu over the weekend. Ironically, Billy’s character Jake Doe aka Jason Morgan and Kelly’s character Sam are basically star-crossed lovers living in Port Charles. Jake is actually Kelly’s not-so-dead husband Jason, however he is suffering from amnesia and he has no idea that he is married to Sam.

“General Hospital” fans have been waiting months for a JaSam reunion, and it looks like when/if Jason and Sam ever do get back together – there will be some major chemistry between the two characters. Maybe Kelly and Billy were just practicing this weekend for when their characters do finally get together! Check out the pictures of Kelly and Billy’s afternoon at the beach and let us know what you think. Are the two “General Hospital” stars dating in real life? Or are they just super close friends that hug and kiss each other while they are swimming in the ocean for the fun of it?

‘The Bold and the Beautiful’ Spoilers: Watch The B&B Video Preview For Tuesday July 7, 2015 – SEE IT HERE!