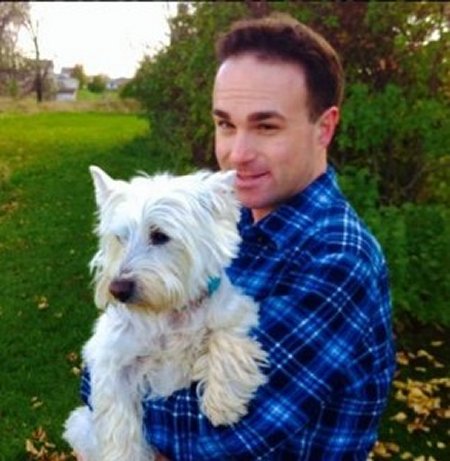 ‘General Hospital’ news just broke with Nathan Varni setting the record straight on rumored GH cancellation. Varni made a firm Facebook post that denied all the talk that Frank Valentini had been given a six-month deadline to bring up ratings or else.

For all ‘General Hospital’ fans that were sweating bullets thinking their favorite ABC soap was on the chopping block, it looks like you can breathe easier. Varni wrote, “To set the record straight, General Hospital is not being cancelled and Frank Valentini continues to be one of the best Executive Producers working in television today.”

He added that the cancellation chatter is “100% NOT TRUE.” This is good news for ‘General Hospital’ fans since the show is picking up the pace after ousting head writer Ron Carlivati and installing new scribes Jean Passanante and Shelly Altman.

Varni also included a shout-out to fans on the Facebook post saying, “Thank you for your continued support and viewership of General Hospital… We look forward to celebrating the soap genre and bringing GH into your homes for many years to come!”

This is great news – if it is 100% true. There’s always the off-chance, though, that it’s spin to keep ratings from tumbling more. If GH fans think their show is going off the air, they may start dropping it off their viewing schedules now and Varni may have been fighting a further ratings drop.

One thing is for sure, if GH ratings do continue to flag, the cancellation gossip might turn to cancellation fact at some point. So if you’re a ‘General Hospital’ fan, tune in and watch so the network gets ratings credit for your viewership!

With most network cancelation decisions, it’s all down to viewership and the fans so ‘General Hospital’ fans need to show support and do everything they can to keep the ABC soap on the air – before it’s too late!

What do you think ‘General Hospital’ fans? Do you feel confident that GH will stay on the air, or are you still worried about the fate of your favorite ABC soap? Share your comments below!