‘General Hospital’ And ‘Days Of Our Lives’ News: Soaps In Danger Of Cancellation? Frank Valentini Given 6-Months To Improve? 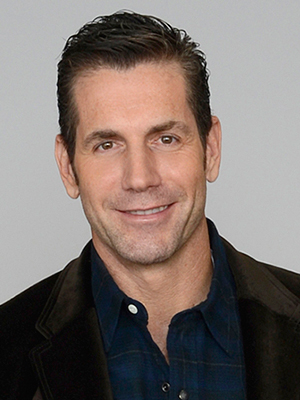 Panic alert; Fans of “Days of Our Lives” and “General Hospital” are downright scared their favorite soap will vanish off the network’s lineup. The daytime dramas are in danger of being axed from the network’s lineup as soon as next month. “DAYS” recently experience a surge in ratings, higher than they have seen in years. Is the surge in ratings enough to save “DOOL” from cancellation?  “General Hospital” is in real trouble, and if something doesn’t happen soon, the ABC soap opera could be canceled in 2016, according to 24 hours.

According to 24 Hours, “DOOL” will find out if NBC decided to keep the show in late January. Based on the success of November sweeps, it seems extremely likely the soap’s contract will be extended at least 12 months to prove their ratings are not a fluke.

At ABC,”GH” future isn’t as bright as “DAYS” and a cancellation seems possible. The daytime drama barely brought in 1.5 million viewers per day, versus “Y&R” whose ratings top five million views per day. An insider revealed that Frank Valentini was recently told he has six months to improve “General Hospital” ratings, or it will be removed from ABC lineup.

“B&B” future is also in limbo. The CBS show’s contract expires at the end of December 2015, and no official word if the show is picked up, yet. The only information released was Bradley Bell assured fans that if the show was canceled, it would continue as a web series. It wasn’t very comforting to soap fans as it almost felt like he was embracing a definite cancellation.

The only soap that is not facing cancellation is “The Young and the Restless.” The CBS soap is doing well and rated number one in almost every demographic on the ratings. The show was picked up until the end of 2017.