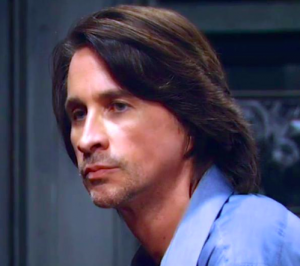 “General Hospital” fans were stunned when Dr. Silas Clay was murdered by Madeline Reeves (Donna Mills). A petition to bring back the character was started online, but Easton doesn’t think it’s possible to bring the brooding pediatric oncologist back to Port Charles.

During an interview in the latest issue of Soaps In Depth Michael Easton was asked if he would consider joining the cast of “The Young and the Restless” or “Bold and the Beautiful” or perhaps even returning to “Days of Our Lives” as Tanner Scofield? In answer to the question Michael replied, “Someone called and inquired, but I would have to think long and hard about it. I just want the next part to be the right part.”

When ABC cancelled “One Live to Live” Michael Easton and the character of John McBain moved to “General Hospital.” Due to a lawsuit initiated by Prospect Park, ABC was ordered to stop using the character name. When asked if he thought TPTB would reprise the role of John McBain to bring him back to “General Hospital” Easton answered, “I don’t think [GH] would go that route even if they did clear [the lawsuit] up. That’s my personal feeling.” 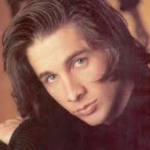 Did the inquiry about a role come from “Days of Our Lives”? Many characters are returning to the canvas including Bo Brady (Peter Reckell), Steve “Patch” Johnson (Stephen Nichols) and Sami Brady (Allison Sweeney). Maybe Tanner Scofield will show up sometime in the next few months too? Easton portrayed Tanner, a rebellious young bartender turned amateur private detective, on “DOOL” from 1990 until 1992. It’s been more than two decades since Tanner Scofield lived in Salem but with a serial killer on the loose a private detective would sure be helpful.

But Michael says he the next role he accepts will need to have a storyline with a foundation, something where there character has room to grow and develop. “Not just, “We can fit you in over here and bring your fans over.” So, for now, the actor is enjoying spending time with his wife Ginevra and building sandcastles on the beach with his children.

‘The Young and the Restless’ Poll: The Best and Worst Y&R Role Recasts VOTE!