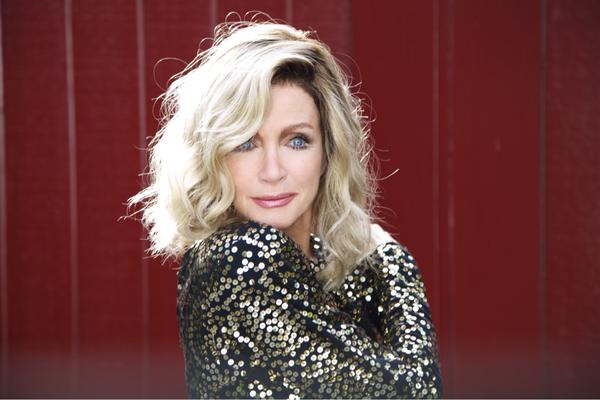 Things aren’t looking at all for Madeline Reeves (Donna Mills) on “General Hospital.” Donna Mills sat down with Michael Fairman and talked about the soap, Ron Carlivati and her future on the show. On Monday’s show, Ric (Rick Hearst) tricked her into confessing that she was the one who killed Silas Clay (Michael Easton). It isn’t clear what Madeline’s future is on the show, but Donna tells her fans that she was not worried- Madeline will return because Madeline is a survivor. Will Madeline serve time for murdering Silas Clay?

She revealed that she didn’t know that Silas was going to be murdered on the show. She explained they filmed all the suspects individually- to use while they were trying to confuse the viewers. It wasn’t until she filmed the final scene with Michael did she realize that she was the murderer, and Michael was off the show. She said Michael (Silas) told her that he wasn’t given a notice beforehand that he was being written off the show. She said that was unfortunate because Easton was a wonderful actor. She noted, “He will land a HUGE project in no time. I just know it.”

She isn’t quite sure what Madeline’s future holds. At the moment, Madeline is not on the show- but that can change at any point. She is expecting to be back on the soap in the future at some point. Madeline’s story is not over. She said that it was difficult for her when Ron Carlivati left “General Hospital.” She explained he was the one who brought her on the show, and she had a deep respect for him. That being said- she said that his writing was out of touch with reality. She explained that now that he had departed the show, she hopes the storylines will mimic more real life scenarios.

Donna Mills is a soap opera icon. It has been a pleasure watcher her portray Madeline Reeves and interact with Nina (Michelle Stafford). There’s no doubt that she brings a certain element to the show, and Soap Opera Spy doesn’t have any doubt that she will return at some point. How do you feel about Donna Mills? Will you miss Madeline Reeve in Port Charles? 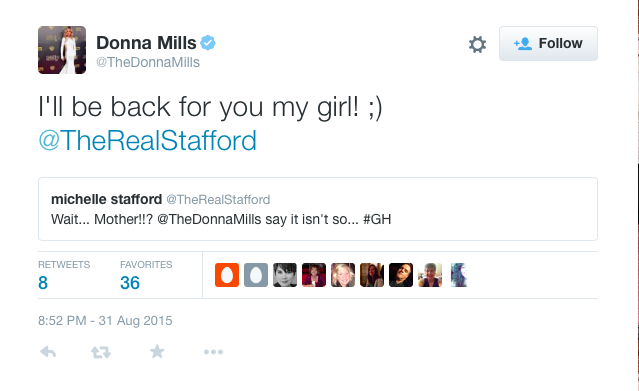 ‘The Bold and the Beautiful’ (B&B) Spoilers: Ivy Takes Precautions to Make Sure Video Isn’t Deleted, Later Feels Torn – Steffy Pressures Wyatt to Give In