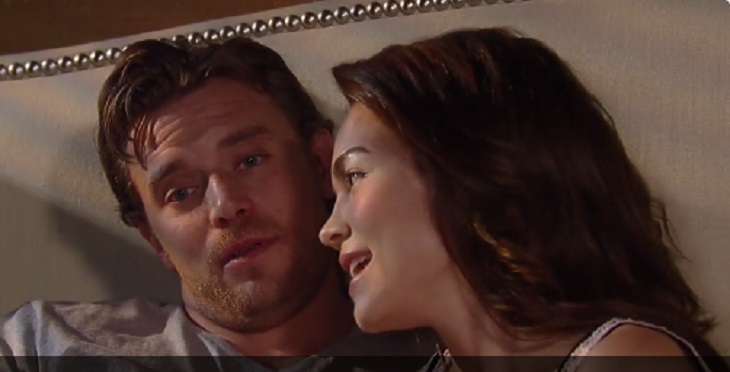 “General Hospital” fans are waiting for one moment; they want Jake to find out he is really Jason Morgan (Billy Miller). It is a moment the fans are waiting to see happen, and most feel the writers are dragging the storyline out too much. The moment has arrived, and the fallout from his reveal will be huge. It looks like no one in Port Charles will be unscathed.
Jake has experienced a few flashbacks or memories that he cannot explain. He doesn’t recall ever marrying anyone, yet he dreamt saying his vows to someone (Sam). He seems to be having his memory return, but instead of it flooding back to him- it is trickling in little by little. And, the memories he is getting do not make much sense to him, yet. He remembers how to kill people in a flash as we witnessed him save Sonny (Maurice Benard) and T.J. (Tequan Richmond).
Related: Ava Jerome’s Love Life – Which Port Charles Bachelor Will New Mob Boss Date Next?
When Sonny mistakenly thought he was Jason, it had a profound effect on him. He was freaked out, and rightfully so. He knows Sonny’s family misses Jason presence in their lives- and felt Sonny may have manifested the longing for Jason into seeing him as him. When it comes out that Jake is Jason- it will send Port Charles residents in a tailspin. There doesn’t seem to be a way to redeem Liz Webber (Elizabeth Herbst). She knew that he was Jason and hid the truth from Sam (Kelly Monaco). When he learns she tried to keep him from his family, he will be angry. She told him the story about when she hid the truth about Danny’s paternity from Jason and how badly she felt for keeping him from his family. How will she be able to talk her way out of concealing such a big secret for so many months?
The whole Corthinos family will be thrilled with the news that Jason is alive. Carly (Laura Wright) will assume that’s why they always got along so well- he was Jason all along. Sonny always said he felt like Jake was hiding something- and he was partly correct. Jake had no idea his real identity was none other than Stone Cold.  Laura Wright retweeted a fan last week who stated that the reveal better happen fast because fans are losing interest in the show. It led fans to believe that soon the reveal will roll out. It looks like the writers are going to have him suspect he could be Jason but brush it off for a few weeks. Eventually, he will have an a-ha moment, and it will all come together. He will likely tell Liz or possibly Carly that he thinks he may be Jason Morgan.
Related: ‘General Hospital’ Sam Thinks Jason Morgan Is Alive – Will She Still Marry Patrick?
Jake’s big reveal is coming, and everyone will be affected. Do you think Jake can forgive Liz? Do you think Carly will be shocked to find out Jake has been Jason Morgan all along? How will Jake move on with his life as Jason Morgan? The countdown is on- now fans must wait until November sweeps.
Share your thoughts in the Comments section below, on our Facebook Page, or join our FacebookGroup for Discussion.