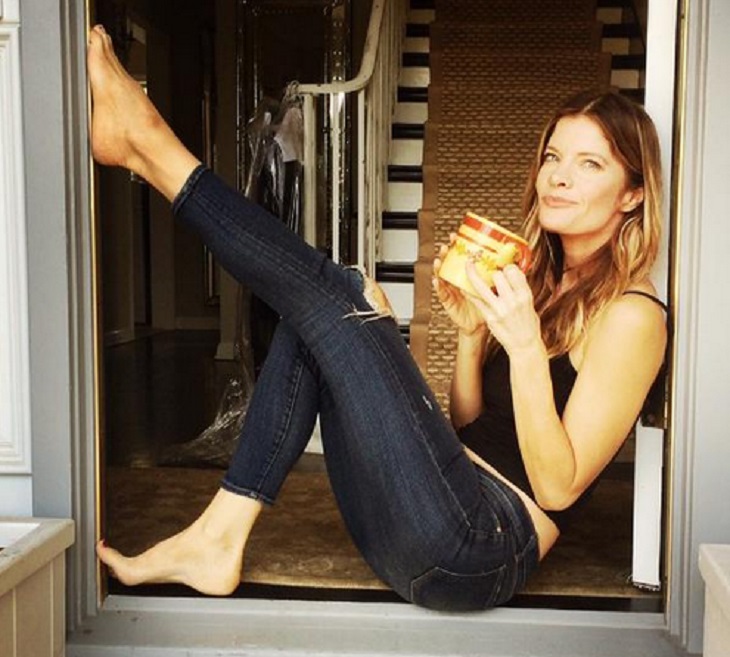 “General Hospital” actress Michelle Stafford posted a Periscope video on Thursday; she told her fans that she missed them while she was on vacation and took a break from social media. She revealed that her baby was due soon- at the end of October. Stafford also revealed that the new writers were planning to make changes to the characters and storylines.  And, she noted she would love to do “Dancing with the Stars” one day.

First, Michelle explained that she was in Colombia doing charity work. The “General Hospital” star worked with an organization called Way to Happiness. It is an organization that assisted making a truce between the Gorillas (named Fark) and the government. She announced with tears in her eyes that they finally came to an agreement; neither side will kill any more innocent lives. She said, “This is a huge victory.”

Michelle said that her baby is due in just four weeks, but it looks like the baby may come sooner. She knows the baby’s sex, but she doesn’t want to tell the fans. When the baby arrives, she will announce the sex with the baby’s name. She has been busy preparing for the birth, but still needs so many things. She said she is nervous she won’t get everything she needs.

The Nina Clay actress also revealed that she would be on screen more in October 2015. She noted that in September, she was only on the show one day the entire month. The new writers have officially taken over, and she said that sometimes they change plots and characters are juggled around until the writers settle in the work.

She noted after someone asked her about Michael Muhney that she loves him. She said, “He’s awesome I love him. He’s a friend, and they talk regularly.” She also said that she enjoyed her time at “Y&R” but that time is over, and now she is thoroughly enjoying working with “GH.”

She teased that Nina and Franco (Roger Howarth) have great stuff coming up- steamy stuff. She encouraged fans to keep watching because Franco and Nina’s storylines will include more key characters in Port Charles. It looks like Nina Clay will be in more episodes this month, which is great because her fans are suffering from Nico (Franco plus Nina) withdraw.

Nicole’s Weekly Rants & Raves: What Were Your Favorite And Least Favorite Storylines For the Week of September 28, 2015?

Our Favorite Soap Stars – Where Are They Now? Catching Up With Crystal Chappell, Linda Dano and Amanda Seyfried