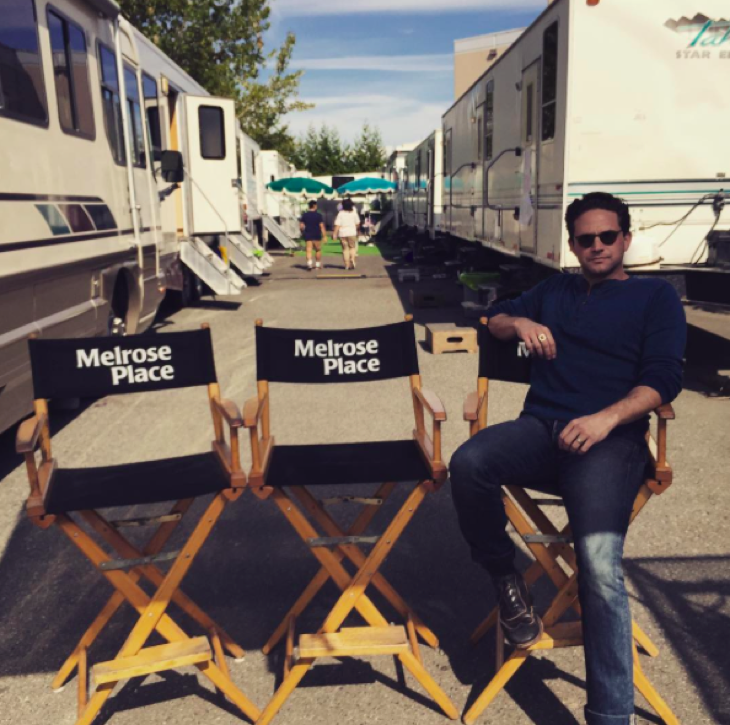 There certainly a strong resemblance between Brandon Barash and Thomas Calabro – and it will be interesting to watch him portray the actor in the behind-the-scenes look at nighttime sudser. In an interview in Soaps In Depth – September 14 through September 28 – Barash says the movie will mainly focus on the first three seasons of the show – and will take a look at everyone involved in the production of the show – including Aaron Spelling and Darren Starr – “Melrose Place” writers and creators. The “unauthorized” movie will also reveal the actors interactions with each other.

Brandon had to watch several hours of Thomas Calabro on “Melrose Place” in order to get his mannerisms, body language, personality and quirks down pat. In the interview Brandon Barash explained, “My goal was to fuse these various things into a threaded performance without turning [Thomas] into a caricature.” The actor says that’s the most difficult part of a role such as that – how to make the portrayal accurate and believable.

Since Lifetime made the announcement about “The Unauthorized Melrose Place Story” movie there has been a lot of buzz – mostly bad. But Brandon laughs off the bad attention – “People are going to see it, especially my generation, the generation that grew up watching “Melrose Place” and “Beverly Hills 90210.” If you’re one of those fans you’ll be able to see the Lifetime movie on Saturday, October 10 at 8 p.m. EST.

Brandon has also been busy with a recurring role on TNT’s “Major Crimes” – a spin-off of the popular “The Closer.” Projects like the Lifetime movie and the recurring role on “Major Crimes” were exactly what Barash was looking for when he left his role as Johnny Zacchara on “General Hospital.” Would he consider a return to “GH”? As much as he would enjoy working beside his wife Kirsten Storms (Maxie Jones), Brandon is happy with the direction his career has taken. But, he’s always open to more short-term appearances on the daytime drama.

“Melrose Place” fans – will you watch “The Unauthorized Melrose Place Story”? Are you curious to watch Barash’s portrayal of Calabro as Dr. Michael Mancini?

‘The Bold and the Beautiful’ Spoilers: Watch The B&B Video Preview For Friday September 18 – SEE IT HERE!

‘The Young and the Restless’ Spoilers: Watch The YR Video Preview For Monday September 21, 2015 – SEE IT HERE!