‘The Bold and the Beautiful’ Spoilers: Watch The B&B Video Preview For Friday September 18 – SEE IT HERE! 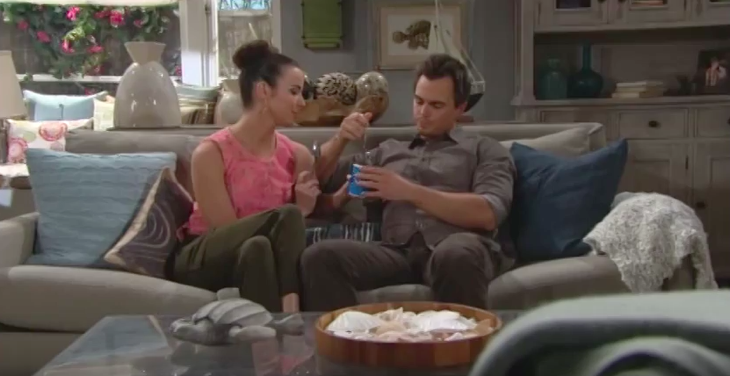 “The Bold and the Beautiful” spoiler preview video for Friday September 18, 2015 reveals that Bill (Don Diamont) has made a decision about starting a Fashion Company to compete against Forrester Creations.

Wyatt wants his father Bill to support him for once and asked him to invest in a Fashion Company for him.  Bill makes a decision and tells Wyatt,(Darin Brooks) “I have NO interest in being in the fashion business”

Steffy is still justifying her decision to fire Ivy and bar her from Forrester Creations.  Steffy says, “Firing her was my only option.”

Wyatt is depressed because he feels his father has once again favorited his brother Liam over him.  Wyatt sadly says to Ivy, “I just am going to have to accept the fact that I am always going to be second or third to my father.”  Ivy tries to console Wyatt by saying, “You may not have gotten the company that you wanted today, but you definitely got the girl!”

Brooke is still concerned because Ridge has not revealed to Caroline that he had a vasectomy.  Brooke advises Ridge, “Tell Her!”

Check out the preview below and let us know what you think in the comments below and don’t forget to check Soap Opera Spy for the latest “The Bold and the Beautiful” spoilers, rumors, updates, videos, interviews, fashion and more.