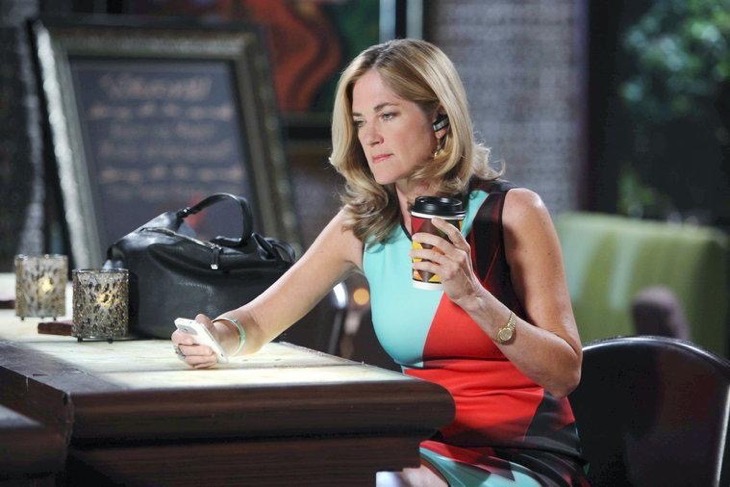 “Days of Our Lives” spoilers reveal that Eve (Kassie DePaiva) will stir up trouble for several Salem residents in the near future. First of all, Eve will try to take down her nemesis, Jennifer (Melissa Reeves). Eve will soon find a way to get the vengeance she craves. DOOL spoilers hint that Eve will get tangled up in the Horton Center drama and she’ll make a bold move. Eve will leak some very wrong information to the press and it could have devastating consequences.

Of course, Jennifer isn’t Eve’s only target at the moment. “Days of Our Lives” spoilers say Eve will attempt to get JJ (Casey Moss) to back off Paige (True O’Brien). However, Eve’s strategy won’t work out as well as she hoped. Whatever Eve does could create suspicion and it’ll lead Kyle (Michael Cardelle) to make some changes to his involvement with JJ. “Days” spoilers tease that Kyle will want JJ to show he can be trusted. JJ still wants to send Kyle to prison so Paige won’t be in danger. Unfortunately, both Eve and JJ are inadvertently increasing the risk.

JJ will try to prove his worth to Kyle, but it appears his plan will fail. DOOL spoilers indicate that Clyde (James Read) is about to cut out the middle man. Clyde will step in and talk to JJ himself. JJ has no idea just how cutthroat Clyde can be. Clyde will issue a stern warning and JJ will probably assure him that he’ll play by the rules. Nevertheless, it seems JJ will fail in his efforts to protect Paige. Whether Clyde takes care of business or someone else does the deed, all the signs point to Paige’s demise. The rumors suggest that Paige will likely bite the dust in early September.

Word has it that Casey Moss and Kassie DePaiva both taped some truly Emmy-worthy performances right around the time of Paige’s departure. It sounds like they’ll really struggle to deal with the loss. Will Paige’s death send shockwaves through Salem? Stay tuned to “Days of Our Lives” for updates on the intense scenes to come.

So “Days” fans, what do you think about the news that Eve will cause strife for Jennifer and JJ? Will JJ fail Kyle’s test? Will Clyde realize that JJ hasn’t been honest about his motives? Are you looking forward to the aftermath of Paige’s probable death? Let us know what you think in the comments below and don’t forget to check Soap Opera Spy often for the latest “Days of Our Lives” spoilers, rumors, updates and news.