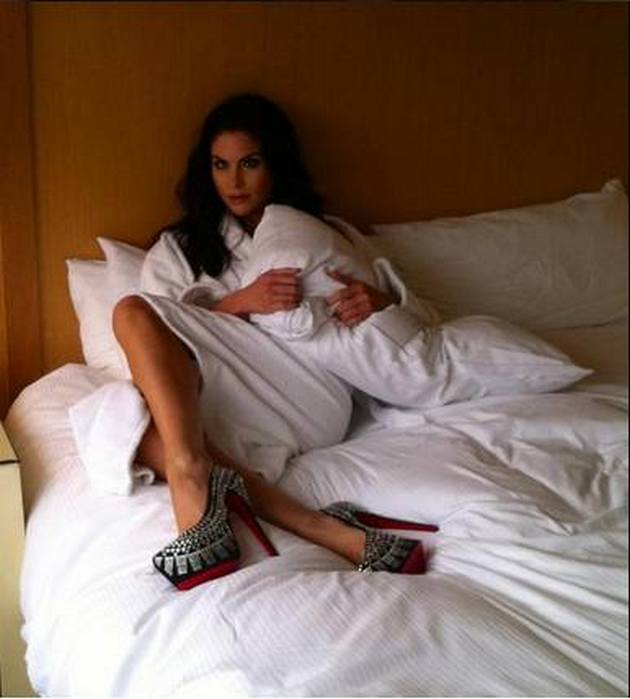 Heads up DOOL fans! Here is a juicy ‘Days of Our Lives‘ spoiler and a casting news update. Nadia Bjorlin will return as Chloe Lane.

The soap star confirmed the news of her Days return in an interview with Westlake magazine. Nadia gushed, “It’s been so great. That show has been so good to me. I’m not always certain what I’m heading back to do, but hopefully something funny, stir up some trouble.“

Last time Chloe Lane was in Salem was in 2013. The character was caught in the turmoil of prostitution. It’s been a crazy ride for her, going from and awkward teen dubbed “Ghoul Girl” to the mother of Parker. After the drama with Philip and her move to Chicago, escaping Salem PD with the help of Brady, Nicole and Kinsey, she returned and told Daniel that he is actually Parker’s father.

No official hints or details beyond the news of Chloe Lane’s return to Days of Our Lives has been shared, but it’s safe to say it should make for some interesting storylines!

How do you think her return will impact Salem? Chloe has list of ex-husbands including Daniel Jonas, Brady Black, and Lucas Horton. What old flames do you think she might rekindle?

‘Days of Our Lives’ Spoilers: Casting Call Points to SORAS for Joey and Theo – New Producers Hope to Shake Things Up

Days of Our Lives Spoilers: Eric Martsolf and Stacy Haiduk Talks About Their Unique,…