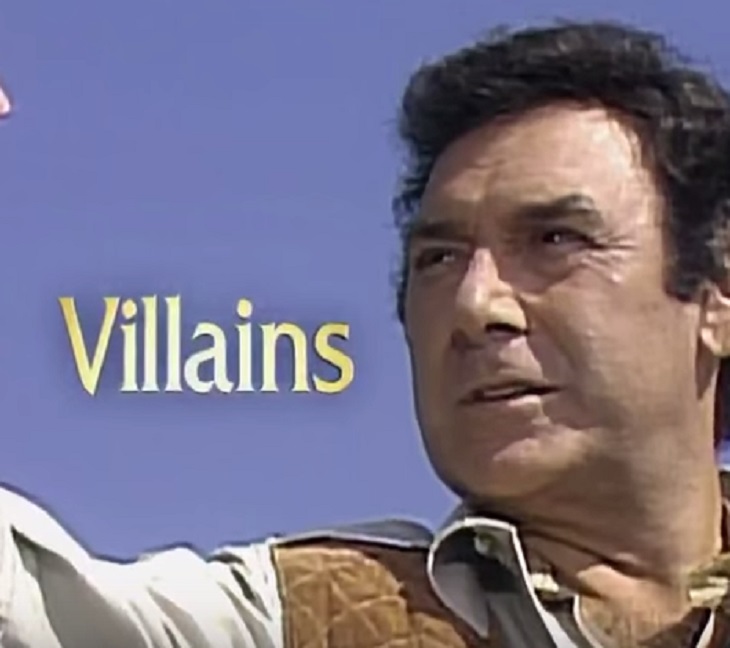 The 50th anniversary celebration of “Days Of Our Lives” is under way, and DOOL fans are in for some huge treats in upcoming episodes of the NBC soap opera.  On top of all of the beloved “Days of Our Lives” characters that are making comebacks or the anniversary episodes, like Alison Sweeney’s popular character Sami Brady, NBC has been sharing videos honoring past episodes of the soap opera.  This week NBC shared an exciting video commemorating some of DOOL fans’ favorite “villain moments.”

Related: Sonny Gets Heartfelt Message From Will, Returns to Salem – Lucas Supports Adrienne as His Own Crisis Looms

The “Days of Our Lives” mash-up video kicks off with a very young Joseph Mascolo playing the part of Stefano DiMera – and wielding a pistol.  Some of the other villains honored in the “50 Years Of Days: Villains” video are Ernesto Toscano (Charles Cioffi), Vivian Alamain (Louise Sorel), Ava Vitali (Tamara Braun) and Kristen DiMera (Eileen Davidson).  Eileen Davidson just recently reprised the role of Kristen DiMera (again) in early 2015 and was wreaking havoc in Salem – which is what she does best.

The DOOL video also features fan favorite EJ DiMera (James Scott) and one of the many showdowns he had with his father Stefano over the years.  And, remember Crystal Chappell’s character Carly Manning?  In the anniversary video DOOL fans can see the memorable scene in which she was buried alive, and wakes up in a coffin panicking.  Lastly, Kirsten Alfonso makes an appearance as well – as Hope Brady.

Related: Will Steve Save Bo Brady Before He Is Killed?

Check out the “50 Years of Days: Villains” video and let us know what you think in the comments below!  Are you as excited as we are for the anniversary?  Were there any villains that weren’t included in the video that you think should have been?

‘The Young and the Restless’ (Y&R) Poll: Billy Convinced Adam Killed Delia – But Who Is The Real Killer – VOTE!