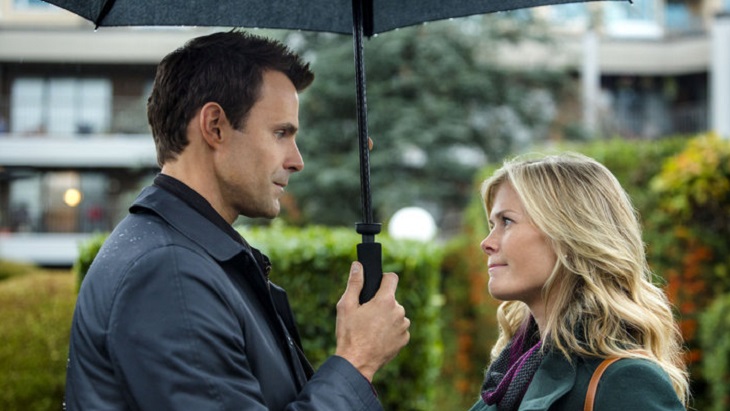 “Days of Our Lives” news includes Alison Sweeney’s [Sami Brady] announcement of the premiere date of “Murder, She Baked: A Peach Cobbler Mystery.” This is the third in a series of the Hallmark Movies & Mysteries Channel “Murder, She Baked” made-for-television movies.

Many “DOOL” viewers asked Sweeney when the next installment of the “Murder, She Baked” would air. Alison took to Facebook and Twitter to thank fans and let them know the premiere date. “Yay!!! For all of you asking me when the next #MurderSheBaked is airing… Save some room…” Sweeney posted on Twitter.

Related: 2016 Preview – A Wedding And A Death, Ava Separates Steve And Kayla, Abby And Chad Scheme Against Andre

What can “Days of Our Lives” viewers expect from the latest installment of the “Murder, She Baked” series. Hannah Swensen [Sweeney] has a “mouthwatering monopoly on the baker business. A rival bakery opens in the small town of Lake Eden, Minnesota – and one of the owners is found shot to death. Hannah sets out to prove that she wasn’t the one with motive to kill. It’s up to Hannah to track down whoever had the “right ingredients to whip up a murder.”

The previous two installments in the series, which is produced by Alison Sweeney, are “Murder, She Baked: A Chocolate Chip Cookie Mystery” and “Murder, She Baked a Plum Pudding Mystery.” Both movies also co-star Cameron Mathison and Barbara Niven.