‘Days of Our Lives’ Interview: Peter Reckell Talks Why He Originally Left ‘DOOL’ and How He Mourned When Bo Was Killed 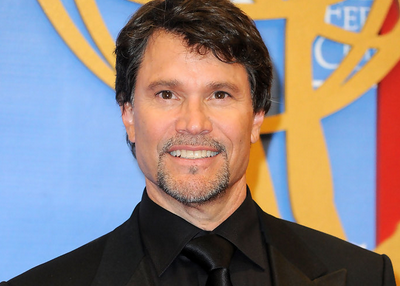 “Days of Our Lives” fan favorite, Peter Reckell sat down with Soap Opera Digest for his final interview following Bo Brady emotional death on November 20. The actor said that he was glad that he didn’t have to hide the storyline from his fans anymore. “I had to go into hiding the last couple months because it was difficult for me to talk about Bo after his death,” Reckell explained.

Peter noted that he learned in the first couple of conversations with head scribes Dena Higley and Josh Griffith that Bo would succumb to a brain tumor. “For whatever reason, Bo was written off the show in an awkward way and neither the audience, nor myself got a chance to say goodbye. And that why Ken Corday called me and said he’d like me to return for 13 weeks’ period during the 50th-anniversary episodes. I immediately agreed because I felt that the fans have put so much passion and energy in this character for the three decades, we all deserved a chance to tell Bo goodbye,” Peter explained.

Reckell said that he decided to leave originally because he was missing key milestones in his children’s life because of the long hours he worked on the set of NBC. He said, “It was very painful for me to walk out the house each day to the DOOL set after my daughter begged me, Daddy don’t leave! As significant Bo Brady is to me as an actor, being her father is much more important.”

Peter explained that filming the last episodes was extremely difficult for him. “I knew the audience would be taken on an emotional roller coaster with Bo’s return. There were so many emotions on the set from laughter to tears. Steve Nichols [Patch] hugged me after taping the final scene and said, I am really going to miss you!”

Reckell explained that he would miss acting and definitely will miss Bo Brady every day. “I love being an actor. I love the process of creating this wonderful show. Bo Brady is someone I will miss terribly. He is a huge part of who I am and killing him has been a very difficult thing for me. It was like losing a best friend,” Peter said.

Peter said that he allowed himself time to grieve and mourn the loss of Bo Brady. He noted that it was especially hard for him because there is a six-month gap between filming and when the episode airs, so he felt like he was mourning alone. He said it was a relief when the episode aired so he could talk about Bo’s death with the “Days” fans.

Peter said that he felt good about the ending the new writers gave Bo Brady. He noted he would always remember how fans embraced him and Hope [Kristian Alfonso] as part of their family each day. “The fans were emotionally invested in Hope and me and cared about us not only as characters but we as actors. That was the best part of my memories from the show,” Reckell said.

Peter explained what his fans meant to him,” I don’t have a grasp on how much they mean to me. I am blown away by the impact we have on people and how we fit in their lives. They love you with a passion that cannot be explained. I went to the recent book tour, and there were 1,000 people waiting for us to sign the DAYS book, and over 5,000 people showed up. It blew me away.”

Peter Reckell noted that he would never turn his back on “Days of Our Lives,” but isn’t interested in returning to the soap until his daughter is much older. “I just don’t think the story between Bo, and Hope is done yet. I will never close the door, totally,” Reckell said. Do you think Reckell will ever step back into the role of Bo Brady?