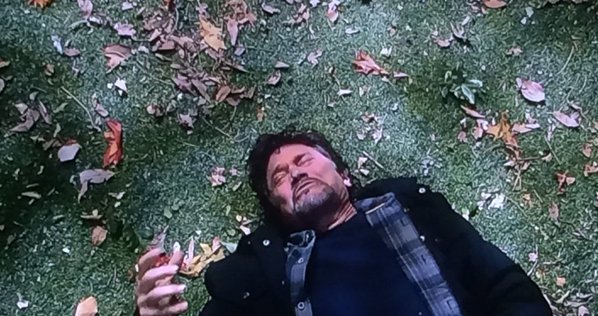 ‘Days of Our Lives’ news indicates that, after a three year hiatus, Bo Brady’s [Peter Reckell] return was short and final as he succumbed to a recently revealed brain tumor. Not only will long-time love Hope Williams [Kristian Alfonso] miss Bo, but legions of fans are devastated by what will be a final goodbye to this beloved DOOL legacy character. Reckell himself confirmed his departure in a series of tweets and wrote “Being Bo has been an amazing journey, very rewarding… life-changing!”

Fans responded in a deluge of emotional tweets in response to Reckell’s Twitter post expressing their heartbreak over the loss of Bo from the character landscape in Salem. And other fans are frustrated that a man as vibrant as Bo – who has survived all sorts of mishaps and adventures, including his recent stay in a filthy prison where he was tortured – will succumb to something as workaday as a brain tumor.

After 30+ years on DOOL, it’s natural that fans will be crushed at Bo’s final end, but ‘Days of Our Lives’ rumors indicate that Reckell only returned to give closure to the Bo-Hope story and never intended to revive the part on a long-term basis. And with Bo’s fan base and his long-running storylines, a recast would have probably drawn too much fan ire for DOOL showrunners to even consider.

“Your work on #Days has been awe-inspiring… Thank you.”

“When you watch for so long they feel like part of your family.”

“Your scenes are just killing me although I really love the flashbacks! You are such a talent and will be missed!”

“Thank you for providing us with one of the best daytime heroes ever to grace the screen. Good luck to you.”

“You are breaking my heart. I feel like a member of my family is dying.”

Bo’s final exit and death scene occurred this past Friday, as foretold in a vision by Caroline Brady [Peggy McCay] of her son passing away in the park from complications of the brain tumor. The good news about Bo’s brief return is that his closure storyline and the 50th anniversary celebration of DOOL have given the soap a much-needed ratings boost. But will Bo’s demise also spell the demise of increased ratings? Or will fans stick around to see what’s next for Hope and all Bo’s loved ones?

Stay tuned to Soap Opera Spy for more ‘Days of Our Lives’ spoilers, gossip and news. And be sure to sign up for our newsletter so you don’t miss a thing!

Check out some fun Bo and Hope Bloopers over the year below!