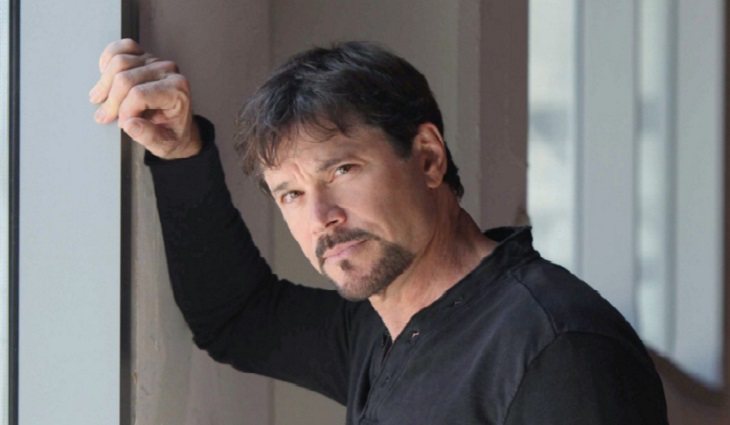 ‘Days Of Our Lives’ fans were thrilled when spoilers revealed that Peter Reckell was returning to ‘DOOL’ as the iconic character Bo Brady – but it quickly became clear that his return would be brief.  Not only was Peter Reckell’s big return quite short, but the ‘DOOL’ writers actually killed the character off with a brain tumor, which made for some heartbreaking scenes with his long time love interest Hope Brady (Kristian Alfonso).

‘Days of Our Lives‘ fans were baffled, why would the ‘DOOL‘ writers finally bring Bo Brady back just to kill the character?!  Executive producer Ken Corday say down with Soap Opera Digest to set the record straight on the writers’ shocking decision, it turns out that Peter Reckell was the driving force behind killing off Bo Brady.  According to Corday, when Peter Reckell discussed his big return he made it very clear that it was only temporary and he had no desire to come back full time in the near future.  So, it seemed logical to kill the character of Bo off for good, rather than sending him off the canvas again and having fans constantly wondering when he would be back.

Ken Corday dished to Soap Opera Digest, “After discussions with Peter, we knew it was only going to be for a very limited time.  Thus, the decision was made amongst all of us that it was best to bring Bo and Hope’s relationship to closure. It wasn’t done cavalierly like ‘Oh, let’s kill Bo.’ But, Peter was being very straightforward that he wasn’t going to return to the show anytime soon, s we made the decision to really kill the character.”

Corday added, “If viewers are upset, I ask them to understand the outside factors that weigh here. I would love to have Peter on the show for years to come, but that’s not going to happen. [And] we’re not going to recast. So, it was clear what our route was. We need to move Hope on. And we can’t do that with Bo still alive. It’s impossible.”

Hopefully, Corday’s explanation can answer some of ‘DOOL’ fans questions about Bo Brady’s death – and give them a little bit of closure.  Were you shocked when Peter Reckell’s character was killed off last week?  Let us know what you thought in the comments below!

‘The Young And The Restless’ News: Kate Linder Auctioning Off Tour Of ‘Y&R’ Set For Charity