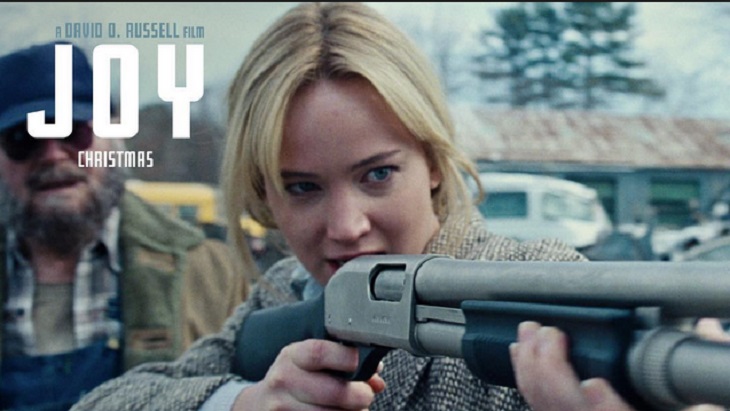 ‘General Hospital’ fans are counting down the days until the movie ‘Joy’ premieres in theaters.  Not only does the critically acclaimed film star Jennifer Lawrence – but also ‘GH’ stars Laura Wright, Maurice Benard, and Donna Mills.  ‘All My Children’ alum Susan Lucci is also a member of the cast.

You’re probably wondering how four mega soap opera stars all managed to snag a role in the highly anticipated movie ‘Joy,’ and it wasn’t a coincidence!  David O. Russell actually cast Laura, Maurice, Donna, and Susan to play soap stars in the movie.  Apparently, Jennifer’s character’s mother is a HUGE soap fan and there are several scenes in which she will be watching soap operas in the background.  Instead of just playing old footage of soap operas, David O. Russell cast the ‘GH‘ stars to film scenes for him to play on the television in the scenes!

Hollywood bigwigs David O. Russell and Quentin Tarantino sat down for a Round Table event hosted by The Hollywood Reporter to discuss the movie ‘Joy.’  Of course, the talk turned to the soap opera stars that filmed original content and soap scenes for Russell to play on the television in certain scenes.  Our beloved soap opera stars often don’t receive credit where credit is due – but not in this case!  David O. Russell and Quentin Tarantino BOTH praised the soap stars.

During the ‘JOY’ Round Table Event, David O. Russell raved, “I’d go, “Donna Mills! Susan Lucci! Let’s have a catfight.” They don’t go, “Oh wait, what’s my motivation?” They just go, bang! I was blown away by the power of these women actors.”  Quentin Tarantino added, “That might be one of the most interesting things said at the table. The power of soap opera actors. That actually is a nugget, and I buy it 100 percent.”

How awesome is it that our beloved soap stars are receiving such amazing feedback by Hollywood bigwigs like David O. Russell and Quentin Tarantino?  Are you as excited for the movie ‘Joy’ as we are?  Let us know what you think in the comments below!